Is Survivorship Bias Making You Feel Bad About Yourself?

Survivorship bias occurs when we only focus on successful outcomes and ignore those things that didn’t make it “to the other side“.

It can lead us to overestimate the relevance of particular strategies, approaches, and events and underestimate the risks of specific options and choices.

A classic example is dropping out of college if you want to be a tech billionaire.

Survivorship bias might also contribute to anxiety and loneliness. When outliers are hyped and featured as aspirational success stories, it can leave us feeling bad about ourselves for not having enough faith, courage, or tenacity to “beat the odds” and succeed in the same way.

We Create The Odds

The odds are a reminder that most of us are wonderfully average. Of course, positive surprises, shock opportunities, and unexpected wins happen from time to time. But we notice them because they’re unusual.

Survivorship Bias In The Stories We Tell

Have you ever bought a book because the author promised to disclose a secret, formula, or blueprint for success?

These books often paint an incomplete picture. They can be exciting and inspiring, but they are usually infused with traces (or dollops) of survivorship bias.

Whenever we tell our own story, we struggle to divulge what sits in the blind spots around our self-awareness. We don’t know what we don’t know. And we don’t share what we don’t want to believe. As a result, our memory is likely to be pretty selective, and its ending also informs the way we tell the tale.

The success story is a myth we create to “explain” and understand the causes and effects of outcomes. Unfortunately, these often simplistically reduce complex contradictions to a person’s determination and perseverance in adversity. We might believe it’s BECAUSE of hardship that they found the strength to thrive. Their early failure was the reason for their later success. They were always destined to rise from rock bottom, thrive after dropping out, create a masterpiece after being rejected, or become wealthy after losing everything.

But these adverse “causes” are usually also found in failure stories, of which there are many more.

While this can sometimes be an encouraging thing to hear, it can also conceal survivorship bias. It might overlook differences between us, meaning I cannot do what you did.

We sometimes see this in multigenerational conversations where there is an assumption that the context hasn’t changed and what was true for me must still be true for you. This can lead to resentment and misunderstandings when we don’t entertain meaningful conversations considering contextual differences.

But this can also happen instantly, especially in a world where the flow of information is immediate and trends explode rapidly. So, for example, what do we learn from those who lost significant money in the 2022 Gamestop saga? Do we hear from ordinary people caught up in the excitement?

I imagine many downplayed their losses or kept them secret. But even if we had access to those stories, we probably don’t want to hear them anyway. They’re too “depressing” or “negative” – in other words, they’re just a bit too real.

We prefer to believe the story of a lone-wolf outlier (villain or hero) who beat the odds, convinced everyone to act in a certain way, and made millions. Maybe we want to believe that it is possible if we dare to be brave and take similar risks.

The Risk of Survivorship Bias

In The Antidote, Oliver Burkeman says Survival Bias can lead us to think in riskier ways. He quotes Richard Branson saying, “Being unafraid of failure is, I believe, one of the most important qualities of a champion.”

Burkeman points out that, while this might be true, “you don’t hear speeches or read autobiographies by people who were unafraid of failure and then did indeed simply fail.”

What Does Survivorship Bias Mean For Us?

I sometimes explore the impact of survivorship bias with people I coach. Survivorship bias creeps in when we buy into the idea that the life someone else is living (often a leader/influencer who has projected an aspirational image) is because of a specific part of the story they tell. So get up at four in the morning, drink a particular beverage, take these supplements, go travelling, follow a specific diet, take a course, implement a strategy, use a methodology etc.

We want a simplistic story or process to follow. But the more helpful question is, what about that kind of life appeals to us? It’s usually possible to locate and uncover a value that matters beneath the surface.

Survivorship bias can leave us feeling disconnected from reality and bad about our inability to make things work like everyone else seems to. So how do we stop it from impacting our lives negatively and making us feel bad about ourselves?

How Do We Guard Against Survivorship Bias?

Rather than taking inspiration from the outliers, we can connect with people in the middle. As a result, we can learn the most profound and helpful lessons from ordinary people in everyday life.

We can seek out role models who are still on the same road as us. There’s something powerful and exciting about connecting with others for whom the “outcome” is still uncertain. We don’t know how it will turn out, and we will soon realise that it doesn’t matter. There’s something more valuable to be found along the way.

We can become less interested in the hyped-up stories of those on the fringes and more curious about average folk like us. When listening to someone sharing their success story, we might also notice their luck and fortune. Have THEY brushed past it? Have WE ignored it? Based on what we know about survivorship bias, what might be missing from this story?

Failure stories might not sound as appealing as success stories. But they are where the true insight comes from. Learn what you don’t want to do. This is a helpful prompt to identify other approaches and alternative options.

We read success stories in the hope they will tell us what TO do. But by the time it’s a well-known story, millions of others will be doing precisely the same.

While reading success stories, ask, “what would I do differently?” What would the story be if you were telling it? How would it be different? 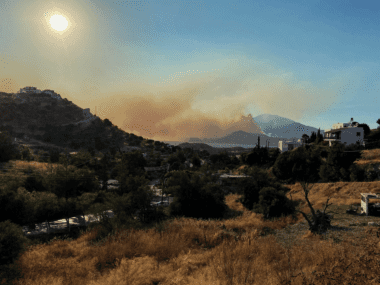 Read More
Unwanted change is an inescapable and challenging fact of life. Change comes in different forms. There is the…
Read More 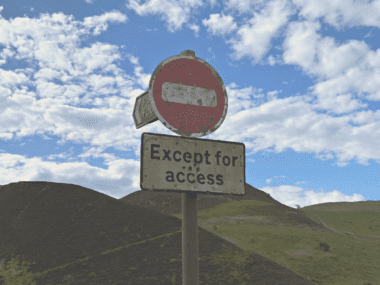 Read More
I don’t know about you, but I find it strangely unsettling when I feel seen by the world…
Read More
Total
5
Share