Have you heard the tale of the Steadfast Tin Soldier by Hans Christian Andersen?

He was one of twenty-five, forged from an old tin spoon and placed in a box, given to a child on their birthday. All the soldiers looked the same except him. He was the last to be made, and there was only enough tin to give him one leg.

On his birthday, the child emptied the box and positioned the soldiers around his carefully crafted cardboard castle, where a paper ballerina stood in the doorway. Her arms reached out, and she stood on one leg in a pirouette. Her other leg was so high that the tin soldier couldn’t see it. He assumed she was just like him.

Amazed by her balance and poise, he admired her as he lay behind a box. He longed to know her and to live with her in the castle. He had a feeling that they belonged together.

Even when the other soldiers were put away that evening and the rest of the toys played among themselves, the dancer and tin soldier remained utterly still. She held her arms to him, and he remained steadfast, gazing at her as he stood on his one leg.

Soon there was a startling bang. A jack-in-the-box sprung from the container next to him. “Keep your eyes to yourself, Tin Soldier”, came a voice that he pretended to ignore. “Just you wait until tomorrow”, the jack-in-the-box continued in a somewhat threatening manner.

The following day one of the children put the tin soldier on the window ledge. But a sudden gust of wind caused the window to open. He fell out, landing on the pavement below. The child ran down to look but didn’t see him lying there despite nearly stepping on him. He could have called out, but the tin soldier had been taught to remain stoic and that drawing attention to yourself is inappropriate.

Before long, it started to rain heavily, so the child gave up looking for him.

After the rain cleared, a few neighbourhood kids played outside on the street and noticed the tin soldier lying on the ground. They thought it would be fun to make a boat out of newspaper, place the soldier in it, and send him sailing along the fast-flowing gutter.

The high water level created waves, causing the paper boat to swirl and bounce. The steadfast tin soldier’s head was spinning, but he didn’t flinch. He kept his eyes to the front, wondering where he was going as the boat disappeared into a dark sewer.

A giant water rat appeared and demanded the tin soldier hand over his passport. The soldier remained quiet as the paper boat rushed on, carried by the fast-flowing current. Despite the rat’s protestations, he couldn’t keep up with the tin soldier who left him in his wake.

A light appeared in the tunnel ahead. But as it grew more prominent, so did the noisy roar. The crescendo was coming from the point at which the gutter poured like a waterfall into a grand canal below. There was no way to stop as the boat plunged into the whirlpool. It spun around and around.

The tin soldier remained staunch and unblinking as he sank deeper and deeper. He thought of the dancer, wishing he could see her again but resigning himself to his inevitable fate. Eventually, the boat broke, and he fell right through it.

Before he reached the bottom of the canal, he was swallowed by an enormous fish. “THIS is where it ends,” he thought, still staunch and stoic. He was suddenly thrown about as the fish violently floundered and convulsed before it was utterly still.

After some time, the tin soldier noticed a flash of daylight. The fish had been caught and sold at the market. The person who bought it found the soldier when they cut the fish open to prepare it for dinner.

“Look who I just found,” they said, placing him on a table.

He was back in the bedroom—the same children. Familiar toys. The castle. And there she was…the beautiful dancer. Still on one leg, as steadfast as he. He wanted so much to cry, but he reminded himself that soldiers don’t do that, so he fought off the tears. He looked at the ballerina, and she looked at him. They didn’t say a word.

Suddenly one of the children grabbed the tin soldier and threw him into the fire for no apparent reason. He stood surrounded by flames; the heat was excruciating. He wondered if the burning was from the fire or his love. The colour drained from his uniform, and he felt himself melting. Still, he stood steadfast, silently looking at the dancer as she silently looking at him.

He watched as the bedroom door blew open, and a gust of wind caught the dancer. It picked her up and took her right into the heart of the fire. She stood next to him for a moment. And then she was gone. It didn’t take long for the tin soldier to melt, and his remains were found in the shape of a small tin heart the next day. All that was left of the dancer was her spangle, which was burned black and sitting on the tin heart.

What Is The Steadfast Tin Soldier About?

I love this story. It has so much depth and ambiguity. I’m not interested in a definitive interpretation, but I think it opens space for some helpful reflection.

The steadfast tin soldier has “the courage to stand alone” and face what he’s facing. But is he brave? What if he chose to subvert those deeply ingrained scripts? What if he called for help, stood up to the jack-in-the-box, or spoke to the dancer? How would that story have gone?

Was his courage anything but an ability to tolerate pain and passively accept whatever came as he drifted through the world? Even as he burns in the fire, he remains unmoved. He wonders if this is what love feels like. Maybe he has a point.

The ambiguous role of the jack-in-the-box is also fun. Was the series of unfortunate events his magical doing? Or is it too easy to fall into conspiracy theorising, using a belief in active malevolence for our misfortune? Maybe the steadfast tin soldier saw this punishment as no less than he deserved for his improper thoughts. Perhaps the jack-in-the-box doesn’t need magical powers when he can plant the idea in the tin soldier’s mind and invoke the voice of his superego to do the rest. Ultimately, he is consumed by the flames of his prohibited desire.

What is the jack-in-the-box for us? The voice of prohibition, shame, and control. What impact does this have on our beliefs about what we should and shouldn’t be, do, or desire?

There is also something interesting about what is left unsaid: everything. We don’t hear the soldier’s genuine desire; we know that he is enamoured with what he sees as the dancer’s beauty. He can’t take his eyes off this object of desire. Is this because he sees himself in her (she has one leg just like him)?

How do you interpret this tale? 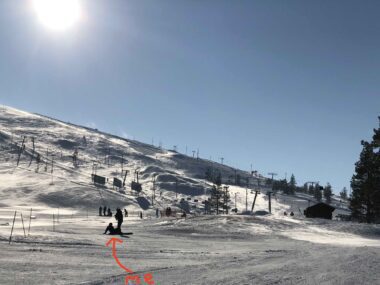 Read More
Laughter is a shock absorber. It can create a sense of flex and bounce in a harsh and…
Read More 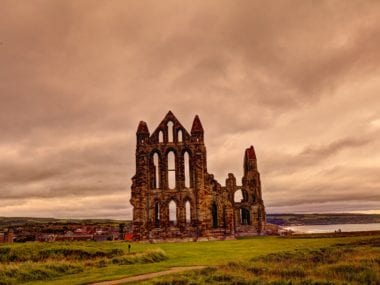 Read More
Quitting and giving up may seem the same but they’re not. They are two different forms of letting…
Read More
Total
0
Share