Shut Up and Laugh: I Want To Talk About Jimmy Carr’s “Joke”

I’m not sure it’s a wise thing to write about. My head is telling me not to, but my gut won’t let me leave it be.

I noticed that Jimmy Carr’s name was trending last night on Twitter. Accompanied by the caption, “Jimmy Carr is criticised for comments made about the Roma community during his Netflix special”. Temptation and morbid curiosity dictated my next actions…I opened up the rabbit hole to see what was going on.

I clicked on the video at the top of the page. It took me to a clip of the ‘joke’ at the centre of things… 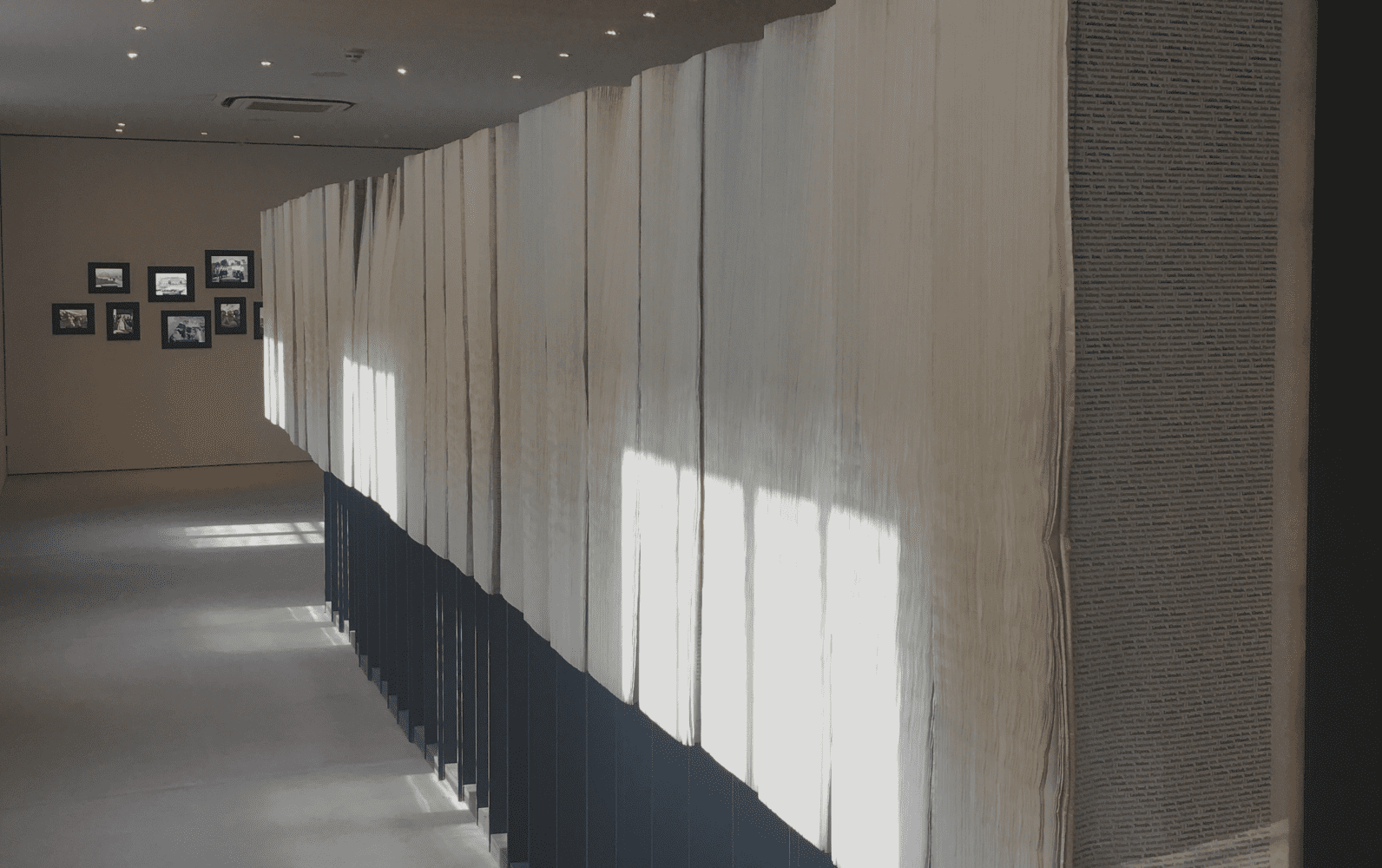 It was difficult to compute. Horrific. Compounded all the more by the audience’s raucous laughter and applause that immediately greeted it.

Did I Hear That Right?

I woke up in the middle of last night with it replaying in my mind. Still bemused, confused, and scratching my head. It didn’t make sense. Why would he say such a crass, indefensible, cheap, and potentially dangerous thing?

A joke is written, rehearsed, and honed. It’s not an off the cuff comment on social media or in an interview. And when it’s performed in a one hour Netflix special, presumably it’s been performed a bunch of times before that too. In places where I imagine people from Netflix must have heard it before giving it the green light?

He was quite open about the fact he saw some of the material as potentially career ending stuff. People were in on this.

So is it just an example of a trend in certain comedy circles to play Russian Roulette with their ‘jokes’ and the looming risk of ‘cancellation’? Over the edge edgy to position themselves in certain part of the market place, perhaps?

My mind was buzzing. I couldn’t get back to sleep so I got up and watched the full show. It felt like the only way to find some answers to the questions rattling around my head. Not least, why the hell would anyone tell such a vile joke? Can it even be described as a joke? And is there any chance I could find any other explanations for this seemingly inexplicable material? Surely there’s more to it than a desire to offend, outrage, and run the gauntlet of fire.

At the very least I would be able to see its context and understand where it sits in the bigger picture of something deeper Carr might be attempting.

Surely There’s More To It Than This?

I’m not a fan of Jimmy Carr’s comedy. I’ve never really resonated with his style or sense of humour. But even still, I felt compelled to watch it because I wanted a more satisfying answer to the question, “why?”

He opens the hour by issuing a warning: “Tonight’s show contains jokes about terrible things. Terrible things that may have affected you and the people you love. But these are just jokes, they are not the terrible things.”

Why say this? To pass the buck to the audience (“Offended? Well it’s your own fault”)? Or something else?

I remember Ricky Gervais saying something similar a few years ago: “Joking about bad things isn’t the same as doing bad things. The joke may not even be condoning bad things. It could be damming them. It depends on the actual joke. The subject of a joke and the target of a joke can be different.”

Does this help us in relation to Carr’s joke? Was there something more to it than initially meets the ear?

Of course it’s very difficult to say without getting a direct response from him. All we have is the follow-up to the joke where he described it as “a very good joke for three reasons”:

So who or what might be the intended target of this joke?

A joke is not necessarily an opinion. It doesn’t necessarily represent what the comedian actually believes. So it might be wise to engage with comedy through more of a literary than moral lens.

A good joke is usually saying something more than it appears to be saying. It will take you by surprise, and that will evoke an emotional response. What happens if we examine Carr’s words as a joke, and not at its face value as a harmful racist opinion (which if it’s not a literary device, it very much is)?

“Just a Joke” is Rarely an Actual Joke

It’s become weirdly normalised to hear people calling vile discriminatory language ‘jokes’ or ‘banter’. Passing the buck of responsibility to someone who is offended for not being able to take a joke. A ‘just a joke’ joke is usually a ‘punch down’ insult dressed up with a cowardly defence.

This often moves us into the arena of the free speech ‘debate’, where we talk about peoples’ freedom to say anything in the name of freedom. Essentially boiling down to ‘my right to insult and offend whomever I want’.

But I’m not sure this situation is about freedom of speech. I don’t think we’re necessarily looking at Jimmy Carr’s right to “speak his truth”. Or about Netflix ‘platforming’ his ‘opinions’. However, we are in danger of making it about that stuff if we allow the conversation to exist in that particular sphere.

And much of the conversation seems to have entered that space, as it often does.

A good joke is like a magic trick. It takes something familiar and turns it inside out. To twist, surprise, and/or shock. It’s this unexpected part that seeks to provoke laughter.

What if we just take that line and work with it for a moment?

In explaining why he stands by the joke, Carr says, “it’s not really taught in our schools, that the Nazis also killed in their thousands, gypsies, homosexuals, disabled people, and Jehovah’s Witnesses.”

What if this was attempting to be a joke ABOUT the structural racism and discrimination that infuses, not just moments of history, but the way we select how and what to write about when it comes to events of the past?

Why DON’T we learn certain things in school?

Why does it sometimes seem like the hundreds of thousands of Roma and Sinti people, the millions of Soviet and Polish civilians, those with disabilities, homosexuals, and alleged criminals, are reduced to a small footnote in the history text book? How is it that learning about this fundamental part of the Nazi genocide could possibly be a surprise?

What if this is making a point about how we remember? How we perceive and conceptualise history. And what if the line ‘no one ever wants to talk about the positives’, is talking about the structural or systemic reasons our telling of history has kept certain things quiet? The harsh reality of systems that benefit from atrocities done to certain groups, communities, or individuals.

This is articulated in a thread by Madeline Potter on Twitter, where she talks about aspects of historical persecution and structural discrimination against Roma people.

“When contemporary discourse in the EU questions whether we have the right to exist, calls us animals, and encourages our extermination, remind me how the Jimmy Carr joke is funny?“

Okay, here’s a long(ish) thread now I’ve had a chance to calm down.
The Roma people are of Northern Indian origin. In Europe, Romas are visibly brown, which is what led to a history of persecution, that started off with 500 years of slavery and led to the Holocaust. (1/) pic.twitter.com/Zd6IxChTP2

It’s not like nobody knew what was going on.

How often is the historical narrative incomplete because it would be inconvenient and even damaging to the powers that be if we were well versed in the whole story? So we become complicit in ignoring the truth because it’s not taught. Horrific events and the plights of peoples are often overlooked for all manner of reasons, which is the symptom of systemic and institutional racism. Is this about that?

Maybe I’m giving Jimmy Carr too much credit here. There’s a good chance I am. It may or may not matter, I’m not sure.

But what if ‘no one ever wants to talk about the positives’ is alluding to our collective ignorance and othering of certain groups for the sake of a prevailing ideology, which maligns and persecutes them?

I wonder what happens when we look at the attitudes of different cultures to the peoples that the Nazis sought to destroy. How could so many millions of people have been murdered so systematically without anything being done sooner?

I guess when all is said and done, the intentions and nuance of a joke may indeed be irrelevant, even if it IS attempted.

I was most profoundly disturbed by the eruption of laughter, whooping, and applause that met Carr’s punchline. There’s a real darkness to that moment. I don’t imagine that came from an appreciation for any sense of intricate word play and deeper historical meaning. And so perhaps the reception itself turns it into a racist joke rather than a joke about racism.

It sounds like a crowd congratulating Carr for saying something outrageously horrible.

Maybe I was hoping for some kind of bigger reveal…

“For anyone wondering, THIS is what internalised and systemic racism looks and feels like. You probably haven’t noticed the part you’re playing in it.”

And so what does a joke do in the minds of the people who hear it? Do they take it as an opinion? As a green light for open discrimination? Does Carr become a flag bearer for those who want to justify their own vile judgements? And an enemy to everyone else. Where will that ultimately lead us?

In a world where jokes might be confused with opinions, the comedian might inadvertently turn from a linguistic trickster into a symbolic spokesperson for things they really didn’t mean.

I don’t know how true this might be in the case of Jimmy Carr. I hope to hell that there was more going on beneath the surface of Carr’s routine. Maybe it doesn’t matter.

Read More
Many of us move around life carrying all sorts of abandoned hopes, relationships, and projects. If we don’t…
Read More

Read More
We gently censor ourselves all the time. We look for social cues to guide our thinking, actions, and…
Read More
Total
0
Share