Why Public Shaming Actually Feeds the Monster It Wants to Destroy 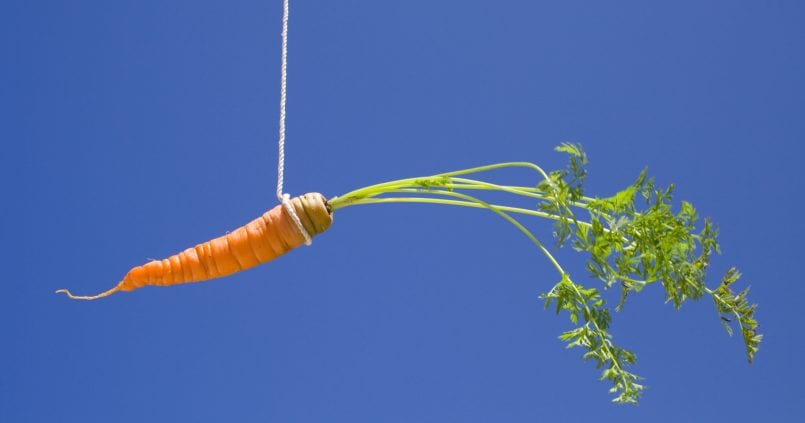 Something puzzling keeps happening. On a number of occasions recently I’ve been baffled by an absurd, mind-bending paradox that turns reality upside down.

It’s mainly happening on Twitter I think, but it seems like a social media phenomenon, and many of us are falling for it. It’s time to step up our gentle rebellion and intervene. 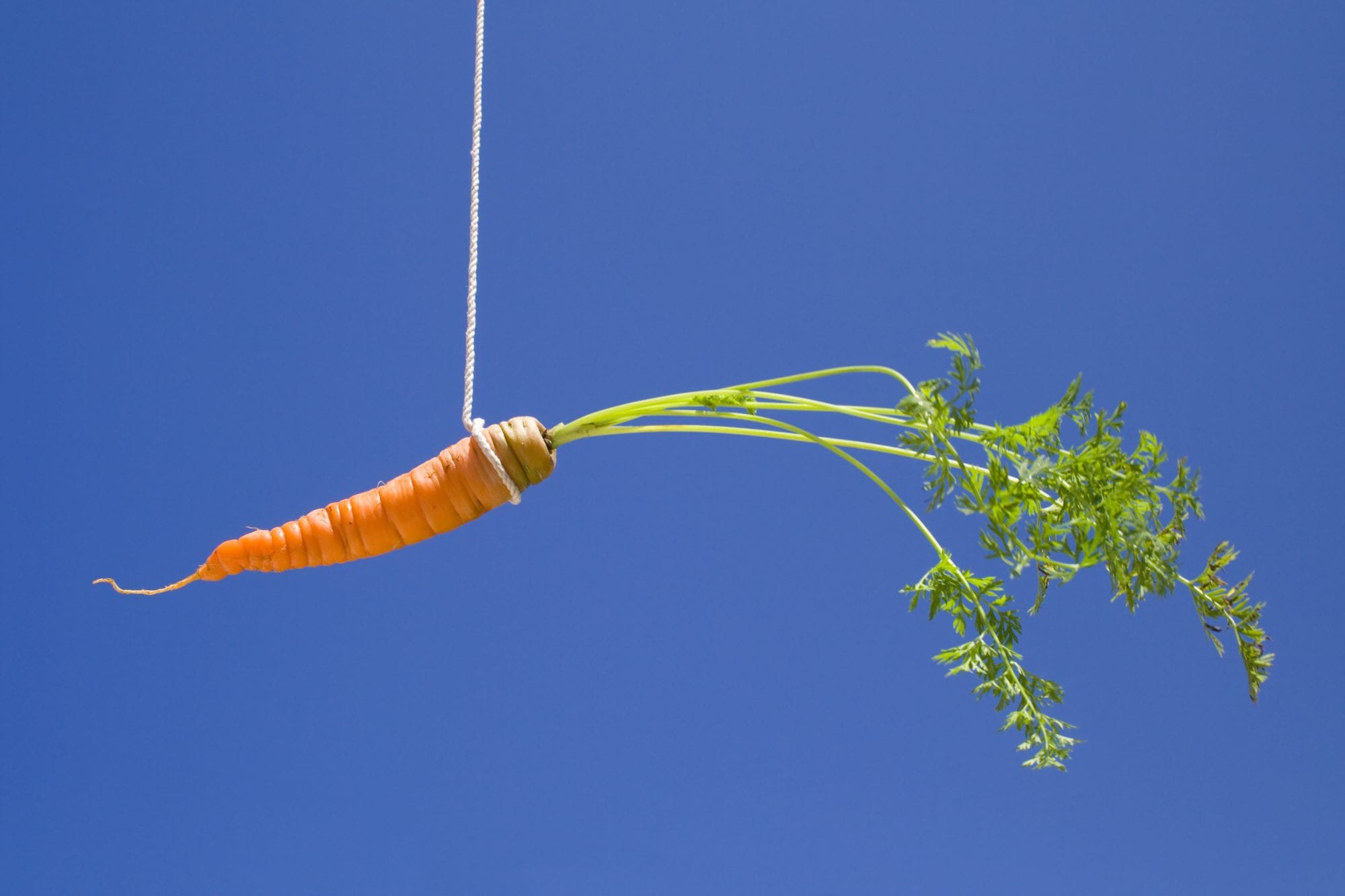 At the two gigs I played last weekend I introduced my song, Empire of the Soul by talking about this. It has been reinforced once again in the past few days after a intentionally provocative tweet has yet again spread like wild fire. Not by people who agree with it, by by everyone who is repulsed by it. We have turned an obscure and unknown person into an infamous global trend.

Calling Out Without Crying Out

It is a natural and understandable response to call people out when we feel that they are saying destructive things. Yet, I can’t help but notice a deep irony and a paradox that continues to baffle me. By sharing and shaming, we are actually promoting and expanding the reach of these ideas. It reinforces them on search engines, and allows them to pick up followers who come across their ideas and resonate with them.

We live in a world of tribes, where movements build in the margins of the mainstream. We can all find like-minded people more easily than ever, and even the most apparently outrageous and controversial attitudes will land on welcoming ears.

What can feel like a moral duty, to call people out on certain lines of thought, actually turns into a publicity waterfall for the object of our indignation. Eventually we get bored and move our attention too something else, but not before the idea has been spread and the tribe of those who agree (“I’m so glad someone is finally brave enough to tell it how it is”), increases with force.

We really need to stop doing this.

Just because you’re right about something, it doesn’t mean you need to publicly shame the opposite attitude. In fact, this is a predictable response, and increasingly so, is exactly what the author of a provocative message is trying to do. They want our attention. They want our outrage. And unfortunately many of us give into this predictable behaviour and willingly oblige.

However, all we end up doing is essentially feeding and strengthening the monster we are trying to kill. And in the process attracting likeminded reinforcements to join in their crusade. Exactly what they want.

Are you putting space between the stimulus and your response? It’s absolutely vital that you do so when it comes to reacting to things like this.

Don’t Define Your Life By Hating

Yes you’re responding to violence and hate. These ideas are toxic and dangerous and need calling out. But by reacting in kind, you simply reinforce this as an acceptable narrative to engage in. Especially if you react to hate with more hate. Perhaps a better response would be done on the one hand in private (if you want to address the person), and on the other hand with a positive message about the broader ideas. Draw attention to people doing good things and promote them instead.

In his book Unleashing the Idea Virus, Seth Godin talked about the power of the internet in spreading ideas or memes around the world instantaneously. He says “marketing is all there is”. In the age of social media, we are all increasingly aware of this truth through our experience. It doesn’t just apply to positive ideas, and in this ironic twist, we are also responsible for sharing the most deplorable ideas by being outraged by them. I’ve discovered countless new “celebrities” because they’ve been promoted to the hilt by people pointing out how awful they are.

Don’t Validate Nonsense by Engaging With It

When we engage with an idea we give it a sense of validation. By responding to a “deplorable” tweet for example, we are saying that it’s worth responding to, and thus giving the idea some kind of credence. By bringing arguments against certain positions that are clearly irrational, we are at risk of falling down a rabbit hole that will consume us and turn us bitter and cynical. Perhaps rather than retweeting and sharing the original idea (and giving free publicity to it), find a positive way to express a better idea.

Controversial tweets are like maggots on the end of a fishing line. They are dangling, attracting and awaiting the predictably boring response. We bite. We react with indignation, we spread the idea, and the fisher gets exactly what they were after. It might feel good to call someone out on their noxious idea, but what if you’re doing exactly what they wanted, expected, and predicted you would do?

What if, shock horror, you’re being played? However intelligent and witty your response is, what if you are not being quite as clever as you’d like to think?

Don’t Be a Hypocrite

I was scrolling through someone’s feed recently after having my attention drawn to a Tweet they had posted. They described how they had been targeted on forums who were trying to discredit something they had written on their blog. But in another ironic twist, this had served to provide the target with a massive surge in advert revenue because of the traffic. This was met with a passively aggressive sarcastic tweet, expressing their gratitude to the haters for the money.

Scrolling down however, I noticed that this same person had been tweeting their outrage about another person who they themselves were attempting to shame.

This is a natural trap for us to fall into as humans. We don’t see the irony or hypocrisy in our actions. And we fail to piece the bigger picture together, which will likely mean that if we engage in shaming ideas and people in public, then we’re inviting the exact same thing to happen to us. Except, we argue, “it’s not the same, because we are right”.

Don’t Play the Game (The Spectacle of Excess)

The philosopher Roland Barthes wrote an essay about professional wrestling and what he described as “the spectacle of excess”. A number of political commentators have used this essay to explain how Donald Trump used his passion for wrestling to lay the tracks for his election success. He was engaged in a wrestling match (entertainment, excess, simplification of narratives), while his opponents and analysts were approaching it like a boxing match (there are rules, techniques and skill required to engage in a fair fight).

We see this kind of battle emerging everywhere. The simple act of responding to irrationally controversial tweets with arguments based in rational logic and common sense, is much the same. It’s an un-winnable fight because you’re playing different games. As you measure up your argument, and make a sensible point based in research and wisdom, the other person just picks up a chair and smashes it round your head.

Unfortunately there is also something highly entertaining about these kinds of interaction. They are hard to look away from. We love to hate to watch. People enjoy bating others into playing. And in essence the moment you say “yes” to playing, simply by reacting, you are reeled into the trap and promoting this “spectacle of excess” and legitimising it.

When we were on holiday we were at a bar one evening, and were collared by one of the waiters who had just been taught a magic trick. It essentially involved him writing down a word on a piece of paper and then asking some questions that would narrow you to saying that word, believing that you were doing so with complete free will.

As the trick drew to a close I knew that the word he was after was “carrot”, because it did pop into my head. But as fast as “carrot” emerged in my mind, so did the thought that it was what he wanted to hear when he asked me to “think of a vegetable and say it out loud”. So without a moment’s hesitation I said “beetroot” instead, and sadly ruined his trick.

Next time you see a provocative tweet, realise that it is probably attempting to make you say “carrot”. Stop.

Have you ever been to Starbucks and had them spell your name wrong on the cup? They do it deliberately because they know you’ll probably share a photo of it along with your “outrage”. Unfortunately, we are much more predictable in the way we behave than we’d like to think.

Before you retweet and share you indignation, think of something else to do. How can you process your frustration without public shaming? How can you create a positive conversation without giving the provocateur a nod of recognition?

At the end of the day public shaming really does one of two things. It can ruin someone; usually when they’ve done or said something that they wish they hadn’t before they had chance to consider and retract. Or it can create someone; either by backing them into a corner and giving them a platform of support, or else when driven by pure egocentrism, for which controversy is a necessary PR ingredient.

Either way, you don’t want that on your conscience. Much better to be injecting good things into the world instead.

What do you think would be a better alternative to public shaming? How can we call out bad ideas without giving people a platform to promote them? This is such an important discussion to have, and I’d be really interested to hear your response.