Do you ever procrastinate?

I’m assuming you do from time to time. I mean, most of us have moments when we are happily distracted by anything that puts off the thing we’re supposed to be getting on with.

It turns out I’m a big precrastinator. Somewhat surprisingly, I’m pretty confident a lot of highly sensitive people probably are.

“Precrastination is the inclination to complete tasks quickly just for the sake of getting things done sooner rather than later.” A study carried out by Professor David Rosenbaum and Cory Adam Potts gave participants two heavy buckets full of pennies. They were asked to choose one bucket to carry down an alleyway. The first bucket was at the start, and the other one was nearer to the end of the alley.

You would expect logic to dictate that participants would pick up the second bucket because it required less effort and a shorter distance.

But no, the majority of participants went for the first bucket, opting to carry it further. And what is even more bizarre is the reason these participants gave: they wanted to get the task done as quickly as possible. The researchers concluded that the mental load (‘I need to pick up a bucket’) was stronger than any sense they had of how to carry out the whole task with as little effort as possible.

Have you ever had the thought, ‘I’m just going to go and get it over with’?

In the external world HSPs are pretty good at not pre-crastinating. We like to consider all the options before making a decision, we are cautious and warn of the risks of jumping in too fast. That is why in many ways I’m surprised to consider HSPs as being susceptible to precrastination.

But there are times when precrastination occurs.

‘I just need to go and get this out the way’

For example I will park earlier than I need to and walk further, rather than getting to a busy place where I need to fight with other cars for one of a few remaining spaces and run the risk of not getting one. I don’t mind that, it is my way of lessening stress, I enjoy walking and I don’t like it when I find myself in a crowd. Therefore I will give myself more ‘work’ to do because the payoff is worth it.

This precrastination attitude can filter into many areas of life. The inclination to switch tasks is something that happens in my creative work a lot. I don’t know about you but the voice in my head gets strong when I have a new idea or something I want to research.

Even the slightest hint can kick things off. A vision or niggly mental distraction can produce a whole universe inside my mind, and until I satiate that thought or idea it won’t shut up.

For many HSPs there is a finer line between our conscious and unconscious minds. Our vivid imaginations can take us on journeys of flow without us realising. We may end up starting a new project or getting into a new hobby or researching some new subject without knowing quite how we got there.

This can feel like a burden at times. It can be overwhelming and frustrating to experience such immersive engagement with every new feeling or idea that comes to mind. But it can become a wonderful thing once we learn how to make sense of it.

It may seem like there is some battle going on within your mind whereby you are constantly trying to stop your unconscious curiosity from derailing your conscious reality. But there is no division and if you are a natural precrastinator there are ways to change this inner relationship:

There is Always Time

Our modern world is in a rush. Everything is urgent, instant and immediate. Our inner precrastinators loves this because it plays into their hands. It is the part of us that feels the nag of the future and wants to just get it out the way.

You’re going to a party tonight, that’ll be all you think about all day. You need to do the shopping, it’ll be playing on your mind until you get it done. But getting it done doesn’t satiate the thought because there is always a new one ready to take its place.

We therefore need to have perspective; that time is gradual and that there is the right time for everything to happen.

Record the Thought and Get Back to It

It’s useful to have a way of dealing with new ideas and distractions that might otherwise pull you off course. I have a file in Evernote where I keep all such thoughts. Not only does it help with keeping on task in the present, it also gives perspective to the quality of the idea.

For me, in a moment a fresh idea may seem like the best thing ever. But if I write it down and come back to it later that will either be confirmed…or denied. Either way it’s a winner.

Analysis paralysis can occur when we seek to understand where and why ideas come. I often find this overwhelming and draining.

We love to get beneath the surface of life but it can become paralysing when everything gets this treatment. Sometimes we need to go with the flow and not attempt to understand why the flow is happening.

There is nothing more derailing to flow than thinking about it. It’s a bit like attempting to think of a new thought or to smell your nose or hear your ears.

Procrastination is often seen as a negative activity, even though some highly creative outcomes happen because of it. I guess the key is how we relate to these concepts.

Precrastination can be positive; it is linked to proactivity and positive action. But like most things, it’s important to understand the role it plays in our life.

It can sabotage when it causes us to settle, to change directions when the wind blows us off course. It can lead us to stop before the end, to runaway from the middle of a project or that point when things feel stagnant. Or to try getting to the end of it before the time is right.

Do you tend to precrastinate? When does it happen most? I’d love to hear your thoughts. Please leave your answer in the comments below. 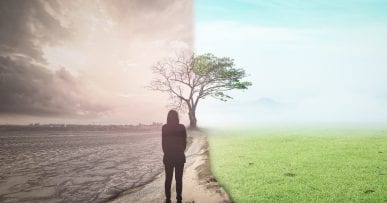