What Do You Do When the Novelty Wears Off?

Remember how it felt when you first got your mobile phone?

If you’re like me you probably kept pulling it out of your pocket just to feel the smooth contours and to document almost everything you encountered.

But then, as time moved on and you became familiar with the device and its apparent limitations. Eventually it became little more than a part of your everyday scenery.

The novelty and excitement of the early days had worn off. 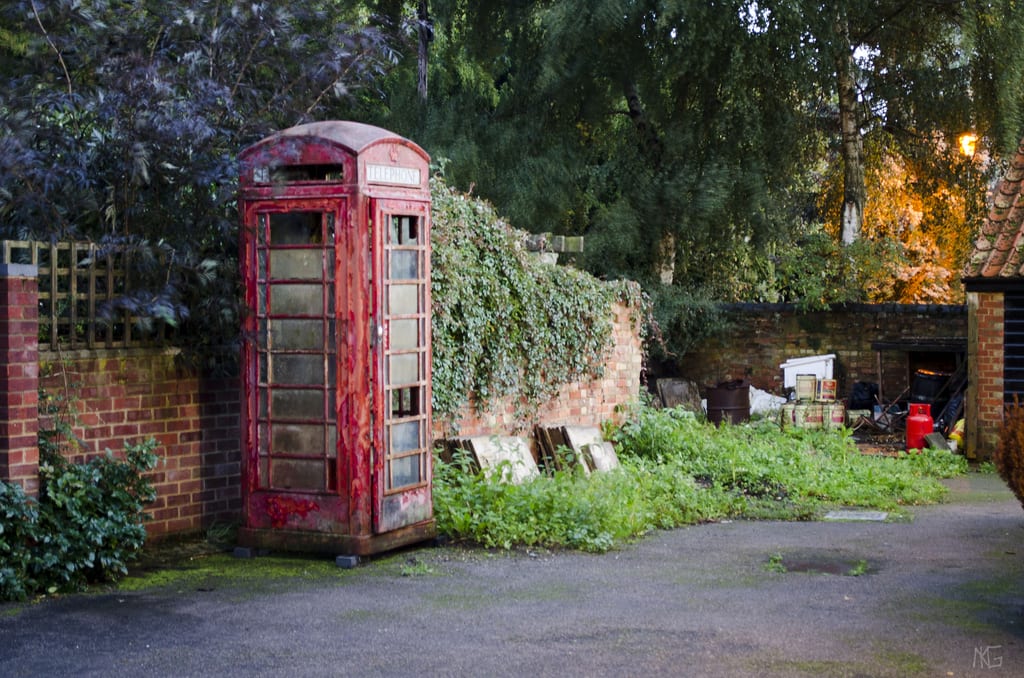 The Novelty Will Disappear

We often forget that this is to be expected; it’s a part of life.

I mean, are you telling me that it hasn’t happened to just about every bit of clothing, every technological device/online tool, car, fragrance, bag, and even friendship/relationship you’ve ever had?

There comes a day when the novelty wears off and you take it for granted. Maybe you even start to believe that the reason you’re not happy is because you need to replace this object. In fact there is a humungous industry dependent on this…retail.

We have been trained to believe in the power of eternal novelty. Every company tells us that their product or service is the answer to our search for meaning and happiness. Every advert is designed to make us connect deeply to the feeling that ‘if only we had that’ then we would be more complete.

I try to journal every day.

It’s the first thing I do after waking up and making a cup of coffee. But over the past few months I have been inconsistent, to say the least.

I have only managed two or three times a week. And even those days I have managed to show up I haven’t written much.

I realised there was a problem when I caught myself this morning looking at other journalling apps/software.

I managed to nip things in the bud before internally muttering the dreaded phrase; ‘if only I had a new platform on which to journal, then I’d start doing it properly again’. But that’s certainly where things were heading.

I opened Day One and went back to the very first entry in 2012. I had bought the computer a month before, keeping it locked away in a cupboard before my birthday. It was a difficult exercise in self-control. This is what the first entry says:

“My birthday. I have just set up my new MacBook Pro. After months of hearing about it, I have finally been able to download Day One. This is exciting. I will now go and have a shower.”

Day One was the first app I downloaded and one I used consistently on a daily basis. It completely revolutionised my work flow, creativity, and life in general.

It is a tool that ticks the box that I require a tool to tick; to be so useful that you don’t notice it exists. In other words it doesn’t get in the way of what you are trying to do with it, i.e. to journal.

It allows me to do that with such ease, synching between my laptop, phone, and a tablet if I was to get one. Within seconds I have a page open and ready for me to start typing.

As I remembered the feeling I had when I first started on my birthday I began getting excited again. What an opportunity and what a great tool. My attention turned to my attitude – the problem wasn’t about how I was journalling. That doesn’t matter. It was about my belief that maintaining a discipline or habit should be easy, and could be solved by a piece of software.

The Opportunity to Commit

Novelty wears off with tools; it’s inevitable and in fact good. When it happens it becomes time for the serious work to happen. Novelty is replaced by commitment to the cause.

When something is fun, exciting, and new you get a temporary hit of dopamine and norepinephrine, which feels good and rewards your brain. Initially this is caused by the thing itself; a new relationship, a new piece of technology, a new pair of shoes etc.

But after the novelty wears off we are faced with a choice. To commit or to chase that instant gratification hormone hit. To build effective and meaningful things we must embrace the novelty wearing off, seeing it not as a shame, but as an opportunity to deepen our roots.

Love in a deep and lasting relationship is not defined by it being constantly distracted, “butterflies-in-the-stomach throes of passionate romance” as it perhaps was in the early days. It is built on a daily renewal of commitment to the other person.

Commitment is demonstrated through sacrifice, devotion, and the rejection of our own selfish desires. This is not always easy and that’s the point.

Good things happen when we commit to choosing to pursue what is right, necessary, and often contrary to our egotistical desires, not what is easy.

Question: What do you do when the novelty wears off? Are you quick to replace and change things? Please leave your answer in the comments below.

Read More
If there’s one thing to know about quiet people, it’s that your first impression of them is probably…
Read More
Total
1
Share