This is the second part in a mini series of podcasts looking at Blessed are the Weird, by Jacob Nordby. Last week we started by looking at what it means to be a blessed weirdian. This episode is titled ‘Misfits’, as we continue to think about ways in which gentle rebels and creative misfits find themselves naturally placed in the margins of the mainstream.

Are you ready to embrace the joy of not fitting in?

All Kinds of Weird

I’ve been puzzling over a question about different types of misfit and weird. And this was almost serendipitously augmented by a trip to the cinema to watch Joker. The day before I had read a rather apt quote by G.K. Chesterton… 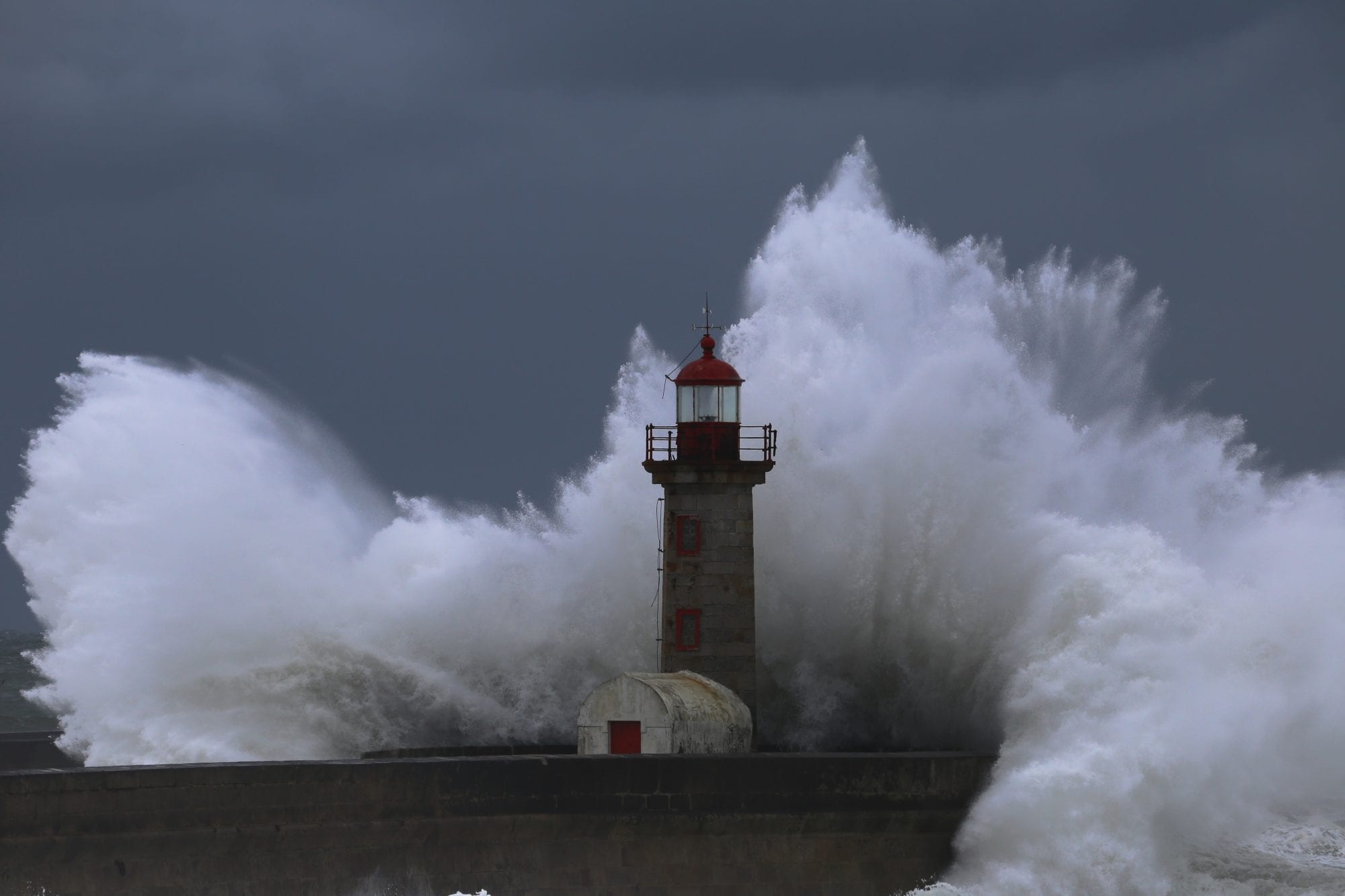 “Once I remember walking with a prosperous publisher, who made a remark which I had often heard before; it is, indeed, almost a motto of the modern world. Yet I had heard it once too often, and I saw suddenly that there was nothing in it. The publisher said of somebody, “That man will get on; he believes in himself…”

…He said mildly that there were a good many men after all who believed in themselves and who were not in lunatic asylums. “Yes, there are,” I retorted, “and you of all men ought to know them…

Actors who can’t act believe in themselves; and debtors who won’t pay. It would be much truer to say that a man will certainly fail, because he believes in himself. Complete self-confidence is not merely a sin; complete self-confidence is a weakness. Believing utterly in one’s self is a hysterical and superstitious belief like believing in Joanna Southcott: the man who has it has ‘Hanwell’ written on his face as plain as it is written on that omnibus.” – G.K. Chesterton

The Madness of Self-Belief

*Oddly enough, I discovered that Hanwell was used as a location to film the 1989 Batman film in which Jack Nicholson played the Joker. A funny yet unimportant coincidence.

I have been reflecting on ‘weirdos’ and ‘misfits’. How the words are used, almost interchangeably with ideas such as ‘aloof’, ‘introvert’, ‘loner’. We often see them in reports about the lone figure attacker who ‘didn’t fit in’.

I’ve felt a sense of responsibility to distinguish these ideas. Because we’re talking about different ways of relating to oneself and the world around you.

One is a natural, heart and soul full way of experiencing. The gifts of sensitivity, gentleness, and introversion, as a natural way of feeling, energising, and relating to the world.

The other is resentful, full of bitterness and driven by a failed desire to fit in with some aspired external group, force, or way of life.

This is where Joker sits. An aspiring comedian who doesn’t understand comedy. Who isn’t funny. And who can’t stand being laughed at. But who has an unmatched self-belief in his own comedic power. Growing in bitterness at the world he can’t fit into. Believing in nothing other than his desire to ‘give people what they deserve’ by inflicting pain and death.

The Gift of Not Fitting In

Jacob Nordby suggests that, as creative misfits, we can see not fitting in as a gift. He says we were “given the ability to see things differently from other people.” And that even though “the price you pay feels high, you’ll soon understand that it was worth every moment.” As you’ll know if you’re a highly sensitive person who has come to see the beauty of the trait, “most people don’t realize that the most precious gifts in life come hidden inside of painful wrapping paper.”

I don’t know about you but I find great comfort in this. It’s reassuring to know that there is beauty in the very pain. And that as a gaggle of misfits, we are not alone in such an experience of the world.

Nordby reminds us, “we all know some people who act out in socially awkward or unacceptable ways and then make a big deal about the fact that they are “…just so different that no one understands them.” “

He says, “This isn’t what I’m talking about. That’s the same as trying to be weird for weird’s sake. It amounts to a cry for help, but isn’t authentic and it doesn’t gain them what they really want—acceptance by some group.”

Here we can draw reference to stories like Joker and others that portray the rise of a vengeful, narcissistic, character, scrounging around on the outside for something at which to aim his bitterness. He wants to fit in. He wants to be a comedian. To make people laugh. But he doesn’t understand what makes people laugh. Not his fault. So he takes it out on them.

When a gentle rebel embraces the gift of not fitting in, she doesn’t aim her response to this outwardly. She experiences it through feeling the profound beauty of the world. She sees the world as so much more than we see it as culture and society. And then seeks to bring a fuller, deeper, more profound flourishing to this experience of life. Rather than demanding and expecting to take from the world, she asks what she can give, how she can breathe and live more fully alive. Wanting to raise up, not cut down.

She experiences grief towards a world that doesn’t realise its potential. And she commits to working in small ways to bring more beauty into it. Not with grandiose displays. But with everyday moments of extraordinary grace and love. Not bitterness at a world that is stopping her from achieving her dreams, and working to suck more life out of it.

The Belief in ‘Making It’

“Conventional people are roused to fury by departure from convention, largely because they regard such departure as a criticism of themselves.” – Bertrand Russell

In any system, organisation, way of doing things, progressive soon becomes orthodox. And mystery is drowned. We think we have got to the mountain top.

If we believe we’ve ‘made it’ to the secret, answer, destination etc, we have entered the most dangerously blind spot imaginable. We turn into conservative preservers of the status quo, fighting to defend dead wood and stagnant water.

Gentle rebel, sensitive blessed weirdians can see things others can’t. They feel from this prophetic observation of how things are and where they might go. Nordby makes the point that we no longer kill the messenger like we used to. When someone emerges with such a voice, we don’t need to kill them nowadays. The powers that be simply need to “buy them, then co-opt and dilute their message. The keen edge of many a heretic’s sword is blunted with cash and popularity.”

We don’t like what the messenger says, so we make it about them, not about the thing they are saying. The recent pile on to Greta Thunberg is a perfect example. This represents one of the consistently odd things about human society through the ages. It happens over and over and over. We hate to look inwards so we point outwards at the prophetic truth-tellers and misfits.

However true something might be, if we don’t want to hear it, we turn on the person warning us about the danger. When we’re walking as a group towards the cliff edge, we spend our energy destroying the person who tells us that we are heading towards the edge. Because we don’t want to change direction. Then when we get to the cliff edge, some people fall over, and chaos ensues. “Why didn’t anyone say!?” comes the inquisition. “Whose fault is this!?”

We Are The Messengers

“Your superpower is your sensitivity. It is also your Achilles’ heel. Your greatest gift to the world is on the flip side of the same coin as your greatest wound. In fact, if you aren’t sure what your gift is yet, take a look at what always brings you down—take a look at your darkest, weakest stuff. That will give you clues. On the reverse side of your deepest shadow, you will find your brightest light.”

What is your sensitive gift as one of the creative misfits? I’d love to hear your reaction to these ideas in the comments below.