@AP_Mort
841 Following
2K Followers
It was such a treat to speak with @JacobNordby again for The Gentle Rebel Podcast. Could have chatted for hours!… https://t.co/2WcLX3QoBV
5 hours ago
Follow

Why Your Life is Like a Game of Cricket

Life can be a lot like watching test match cricket. It happens. Time passes. Events occur. And only when we stop and take time to look at the scorecard do we realise the impact of the incremental incidents that have built up before our eyes. We often don’t notice the change occurring in our lives, and we can be under the impression that at times our lives are stagnant, dull and not leading anywhere. But this is untrue, and like in a game of test match cricket it only takes one moment to grab the momentum and get moving again. (Don’t worry, you don’t have to understand cricket to understand the point of this post!) 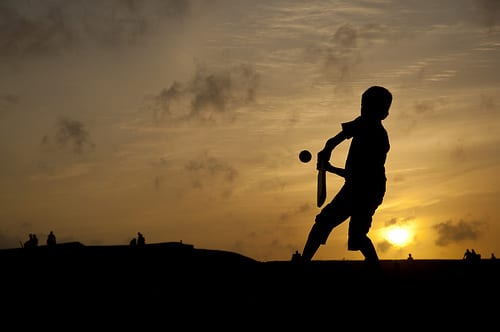 Due to time zone differences, the recent cricket test series between New Zealand and England has been played overnight in the UK. The three-match series (each a match of five days) ended in a 0-0 draw. That’s 15 days of play (nearly one hundred hours), and in the end the result was 0-0.

This is why I love cricket.

The result tells you very little about the event.

Interestingly, in listening/watching a test match you don’t necessarily notice the culmination of runs or impact of wickets. It takes place ball by ball, run by run, and through long periods of a game, very slowly.

But checking the score each morning it was evident that a lot can happen in one day of play. For example, one morning I discovered England had been bowled out and New Zealand had already overtaken the England innings total for the loss of just two.

We often don’t notice the sum of our endeavours. Things build, things change, and we sail along with life, not noticing the incremental and subtle ways things progress over time. This is why it is good to write down goals, dreams, and even to document the negative issues and struggles you are experiencing. Because, like a scorecard, you can return to it a month, two months, six months, or a year later and you will be able to see how far you’ve come in that time.

If you want to quit your job and do something you really love, just start doing the thing you really love. Do it in the evenings and at the weekends. If you want to write a book, record an album, learn how to cook, get fit, speak French etc. the key is just to start and then carry on. You probably wont notice, but when you look back in three months time you will have made changes and progress that you never thought possible.

2. It’s all about momentum

In a cricket match the team who can make the most of their periods of momentum, and satisfactorily weather the storm when the momentum sways to the other side, will do well. In a five day match it is inevitable that both sides will get periods of momentum, whether that’s a few quick wickets or an expansive and exciting phase with the bat, it is important to make the most of these boosts.

As well as showing up in a consistent and steady manner it is vital for us to respond when we feel that the momentum has swung our way. At times we just have to concentrate hard, defend and wait for a half opportunity to present itself. This is normal. Progress and learning requires a series of momentum and plateaus.

It’s important to know which opportunities to take and which to leave – sometimes it’s easy to act irrationally because we haven’t scored a run in a while. This is a time where we can make big mistakes that can cost us a lot. But if we are patient, dig in and then take our opportunities wisely the momentum will gradually shift back to us and we can take control and use it to spring forward again.

Cricket is a unique sport in that it is often impossible or at least inappropriate to be able to answer the question ‘who is winning?’ No one is ever winning. A team can be doing well, or on top, or closing in on victory, but even at that point they’re not ‘winning’.

The end result is a byproduct of what happens in the match and tells you nothing about the match itself.

Similarly our achievements, qualifications, posessions etc are all byproducts of our experience but can tell people very little about the circumstances and stories of our lives.

4. The balance between pro-activity with re-activity

A batsman can create their own momentum by being pro-active and making things happen. But they must know when to sit back and defend. The captain must be pro-active, knowing where to place fielders and how to bowl to certain batsmen, but they must also respond to patterns and circumstances within the game itself.

If we’re all one and none of the other we get stuck. Circumstances and situations out of our control require a reactive response. We can choose to react with wisdom and thinking, or we can react rashly and without thinking. On the flipside, pro-activity is the human manufacturing of circumstances and situations, acting in order to acheive a desired outcome. They are both necessary.

5. Focussing on the objective

On the final day of the final match of the series England started at 90 runs for 4 wickets. They needed too many runs to win, so it was all about surviving for six and half hours, or 540 balls. I think pretty much everyone had written them off. They only had 6 wickets remaining, and half of those batsmen were bowlers. But they did it. They finished the day 315-9 and salvaged the draw.

It was no use starting that day with a focus on surviving that length of time. It’s a suffocating, distracting and frankly overwhelming big picture. The batsmen needed small targets, and it would have been all about time. Bat until the drinks break. Bat until lunch. Get to drinks again, then tea, ten minutes, another 6 balls, until eventually it was the final ball and they greeted the draw as if they had won. And for all intents and purposes they had. It was a mammoth task.

Sometimes all we have to do is hang in there. Set ourselves little targets and the big picture objectives will take care of themselves. Notice that in the process of surviving and meeting the micro-targets of the day England put 225 runs on the scoreboard. They were progressing, simply because they were playing. The same is true of what we do. As long as we show up and apply ourselves we will put runs on the board without even noticing.

So over to you.

Do you have a method for periodically checking your ‘scorecard’? Can you think of anything that you’ve done in recent time that you wouldn’t have thought possible before you started? Please leave your answers and any thoughts in the comment section.

Read More
There is nothing that shows your strength better than your gentleness. It might sound a little bit odd.…
Read More
311
0
440

Read More
I’ve just finished my first week on call at my new job as an undertaker. Life took an…
Read More
9
0
2