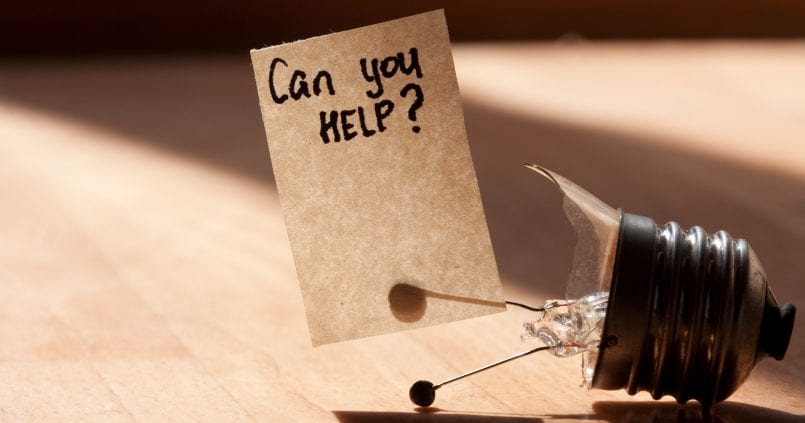 Beth Buelow of the Introvert Entrepreneur posted an interesting quote on Facebook about asking for help.

It captured many peoples’ attention, including mine because it poses some fascinating questions about the way those of us with introverted temperaments respond during times of disappointment or pain.

It really struck a chord with me:

“I am an introvert. That means that when I’m feeling down, chances are that I won’t actually go to you for help. In fact, I won’t go to anyone for help. You’ll have to actually check on me. I don’t feel that I should burden others with me problems, but if you come to me, I might just trust you enough to let you help.”

Beth introduced the quote by saying, “I’ve long thought of introverts as do-it-yourself-as-long-as-possible type people, but wasn’t sure if that was just me or if it was a characteristic shared by others. This post tells me at least one other person feels the same way”. 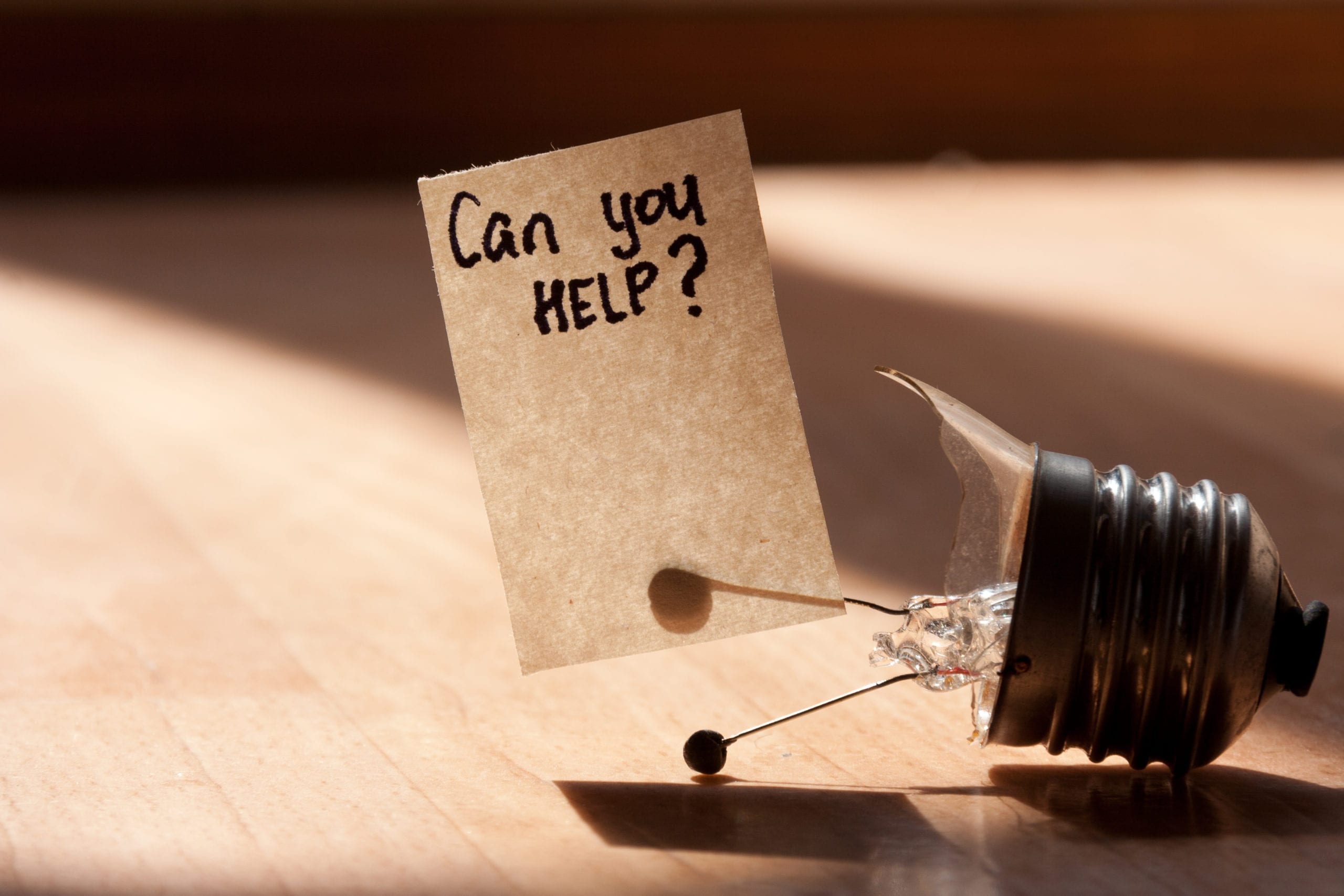 From the response Beth had to the post, it is evident that thousands of people resonate with this idea, myself included.

Nic and I were reflecting on this quote because we both respond in quite similar ways during tough times. We chatted about why we think it might be hard for introverts to ask for assistance sometimes, even when we need it. And even when we know we need it, why our default position might be to turn inwards.

We identified 8 reasons why this might be true for many introverts:

1. You Tell Yourself that You Have it Easy Compared to Others

Have you ever been told to ‘get over it’ or ‘that’s just life I’m afraid’ when you have shared your concerns with someone? Hearing that kind of thing from someone else can reinforce something that many of us already have within ourselves – that we are too soft and just need to ‘toughen up’.

It can be easy to convince yourself that your problems are your problems, and you just need to get over yourself and cope like everyone else.

If you have been on the receiving end of words like those in the first point then you may simply fear hearing them again. There is a great undertone of rejection in those words. If you fear having your problems and concerns belittled then you will be more reluctant to bring them to another person.

There might also be a fear of judgement by the other person, especially if you need help with something that you feel embarrassed or guilty about. Judgement is itself a very real form of rejection.

3. You’ve Experienced Dependency in Other People

Maybe you’ve had experience of other people coming to you for help and that has developed into a one way, dependency relationship. It’s obvious to see why you might be uneasy about asking for help in this case. You don’t want to make anyone else feel about you the way you feel and think about the person who is dependent on you, i.e. resentment towards you.

4. You Don’t Want to Feel Like You Have Burdened Someone Else

This is similar to the previous point, except maybe it’s a simple as just not wanting to feel like you have brought an undeserved burden into someone else’s life. Many introverts and highly sensitive people I speak to struggle with being the centre of attention, and there can be a strange sense of self-consciousness in talking about yourself and any problems you are experiencing, to someone else.

We have an economic outlook ingrained in us from an early age. A lot of human interaction is based around a “matcher” concept of transactional interdependence, i.e. ‘you do this for me and I’ll do that for you’. So when it comes to asking for help we might be afraid of what would be expected of us in return, especially if we are at a low point where we don’t feel like we have anything to give.

On the flip-side however, is the idea you WANT to feel like you are giving something in return but the other person doesn’t want anything. This might feel demeaning or patronising to you, and you might feel trapped in a debt that you have no option to repay, which can feel imprisoning.

Maybe dealing with things alone is your way of retaining control. You might fear losing a grip on the situation if you ask for help with it. You might fear losing control of who knows about it. Or you might fear the potential awkwardness down the line if someone takes you under their wing, gives solutions and advice, only for you to choose to do something difference once you’ve had time and space to consider all the options. How do you tell them without rejecting the time and effort they gave to you?

7. A Belief in Self-Reliance

Maybe you’ve just been brought up and subtly (or not so subtly) conditioned to believe that asking for help is a sign of weakness. Perhaps you were brought up with importance placed on pride and the fact that you were to be resilient, self-reliant, and independent.

Maybe you have experienced things that mean you find it very hard to trust other people. Or you’ve felt let down by people you thought would help you.

8. Overwhelmed by the Potential Energy Drain

This is a big one for most of us, and probably serves as an umbrella under which the other factors rest.

I think the initial inward turn of the introvert during troubled times is the body’s natural switch to energy-saving mode. Bringing other people into it will take energy; explaining things, answering questions, and feeling many of the pressures from previous points, all deplete energy reserves. So asking for help, especially right away, becomes an overwhelming concept.

How do we start asking for help?

We might be fully aware that we need to let other people in more and be willing to ask for help.

But in reality this can be a lot more easily said than done. Especially when we are talking about a natural, temperament-driven response during such times.

In her book, MayDay! Asking for Help in Times of Need, M. Nora Klaver makes some helpful suggestions for doing just that.

“Most people have never been taught how to ask properly.

So we do it badly, sometimes using guilt, coercion and blackmail. We solicit pity when we want assistance, or we ask the wrong person. We might have felt humiliated doing it in the past, so we fear doing it in the future.”

Question: Do you find it difficult asking for help? Do any of the above reasons resonate with you (can you think of any others)? Please leave your answer in the comments below. 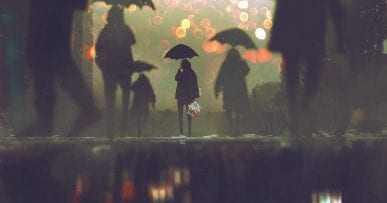 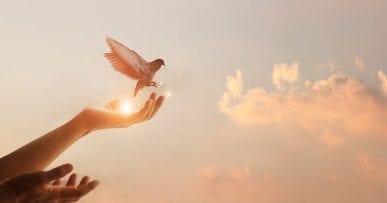