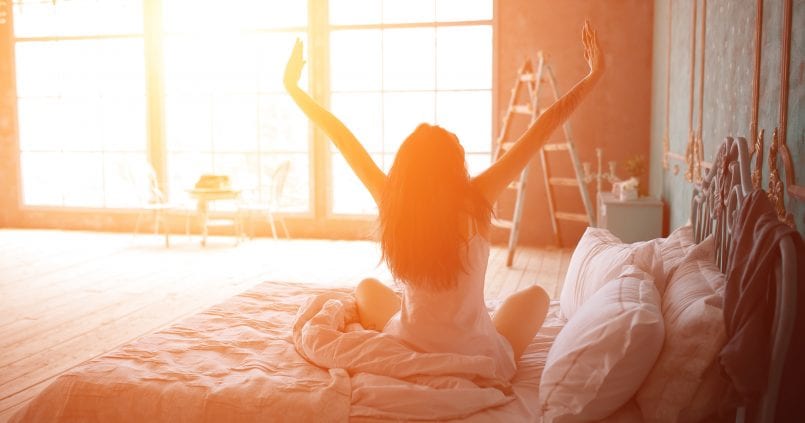 Do you usually give yourself a morning lie in when the opportunity presents itself? You know, like on a day off when you have no other pressing commitments?

Not for want of trying.

A few years ago I discovered something interesting. Throughout the working week I couldn’t wait to get to the weekend so that I could have a lie in. Getting out of bed was a real struggle, but made OK by the promise that in a few days time I could make up for it.

Saturday rolled around. What would happen?

I’d wake up even earlier.

I realised there was a reason for this that stretched deeper than my circadian rhythm or body clock that was established by my general routine. Yes that was a factor but there was something else that carried even more influence. 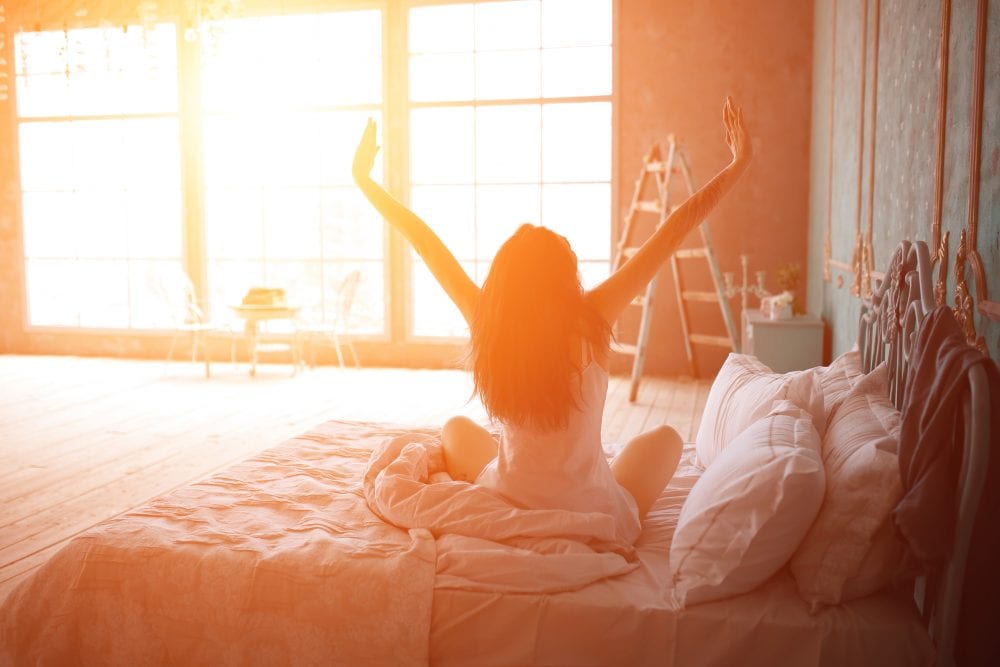 The Energy of Opportunity

Not only did I wake up earlier, but I would spring out of bed much faster. No alarm clock. And most importantly, no resentment. Just a sense of potential.

A day off from work was a day of calm to do the stuff that brought me to life. Creative projects, catching up on writing or reading, listening to music, catching up with friends and family, watching films etc. All of a sudden sleeping in wasn’t a priority. Living was.

Capturing that same calm energy in the every day…

This observation has always stuck with me. It’s kind of sad that 5/7 mornings would be met with resentment, and only 2/7 with that level of energy. I wonder if there is something I could take from the weekend and apply to the everyday so that I’m more energised even when I have to go to work.

The question became: ‘what gets me up in the morning and how does that make me feel?‘

I wanted to know how I could capture that calm energy I had on days off and bring it into my every day (those slightly less calm days). Because beyond the basic physiological sources of energy (sleep, nutrition and exercise) there are so many factors that influence our general energy and wellbeing.

For highly sensitive people this is an especially important question to consider because the answer usually requires carving out or protecting your own time in some way. Our ‘restorative niche’s’ are not often handed on a plate. We have to find them and fight for them (sometimes even battle our own instincts for them). This is exactly what I discovered.

Understanding Your Rhythms and Energy Cycles

I’ve always been more of a ‘morning person’. It’s when I know I have my most creative energy and best ability to focus. It’s only the last four or five years however that I have worked through what this means and how it can benefit me.

I get up at 5.30am every day. I no longer consider it early. There is no pain involved. Because I’ve done it for so long it is just normal. My body has fully adjusted. And the weird thing: Unless I’ve had a very late night, if I wake up later I tend to have less energy and get tirder quicker. Especially when I’m working.

Why? Because I’ve carved out time to do the stuff that I used to only get excited about doing on a day off. I write every morning, I work on my creative projects, and I exercise. I’m writing this at 6.30am; I’ve already been for a run, and I start work at 8.30am. When I woke up I wasn’t thinking about work. I was thinking about what I was going to work on this morning. Turned out to be this very article.

I have established a sense of morning margin and rejected the old habit of waking up 30-45 minutes before I needed to leave the house. There was just enough time to eat, shower, and get ready. No margin for delays. Ultimate efficiency. Maximum sleep time.

I’ve turned my back on efficiency, choosing instead to commit to leaving at least two hours between waking up and leaving the house. A habit that has brought a huge amount of calmness to my mornings and provided time to focus on what is important like writing, running, getting good nutrition, and fully planning the day ahead.

A calm and slow pace in the morning can ooze into and influence the rest of the day. It breeds a proactive mindset rather than setting you off on the back foot, having to react and deflect the stuff coming at you.

Proactivity leads to a focus on stuff that matters to you personally (intentionally choosing things to pull off your shelf) as opposed to simply responding to stuff that is urgently thrown in your path.

When I committed to journalling every single day in 2016 I built the habit one day at a time from the momentum of the previous day. Over time it became harder not to do it because it was entrenched in the routine of my morning autopilot.

I’m doing the same in 2017 with running. I wake up and put on my running gear (which I leave by the bed the night before). Then I journal while I have a drink and wake up a bit. Then I head out for a run as soon as I’m done writing.

To some people it may sound like hell and it would be. But it has created a really compelling and energising. I mean, I get to listen to interesting podcasts and audiobooks as I go (much more compelling than the running itself). And it is becoming a key part of setting the calm-ometer for the rest of the day.

When I know I’ve done my most important things first thing it leaves me with a level of satisfaction that cannot be undone. I’m not scrambling around for time later in the day when things are busier, more people are around, and I’m naturally more fatigued, to exercise, write or do those most important habits.

I’m not saying everyone should copy my routine. I honestly don’t think you should because it’s something I’ve been custom building for years (learning and taking bits from many other people’s suggestions and examples). But rather we can all recognise those times when we feel chaotic and pulled limb from limb.

Ask yourself whether there is any way you can stretch the margins and bring more space for calm by allowing space to do things that energise and excite you.

Do you set your calm-ometer and implement margin into your morning? Or do you feel like you’re on the back foot from the moment you wake up? I’d love to hear what you think about this. Please leave your response in the comments below. 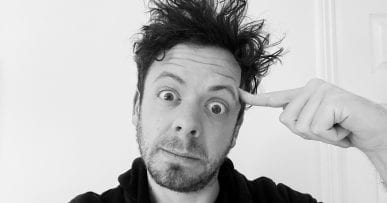