Why Using the Best Tools Will Cause You to Fail

“What tool did you use to make that?”

We live in an age of abundant toolage. For pretty much whatever you want to do you will find a tool or hack to make it easier. The internet is the source of much of this, whether it’s advice/tutorials, or apps and software, it truly is a fantastic time to make stuff happen.

But there is another side to this question that is insidiously taking over our view of life: we expect and demand tools that make achieving our ambitions easier.

I have noticed an understated language shift that partners a growing assumption that it is tools and not the people in command of the tools that makes the difference. It’s a subtle yet significant difference to consider. 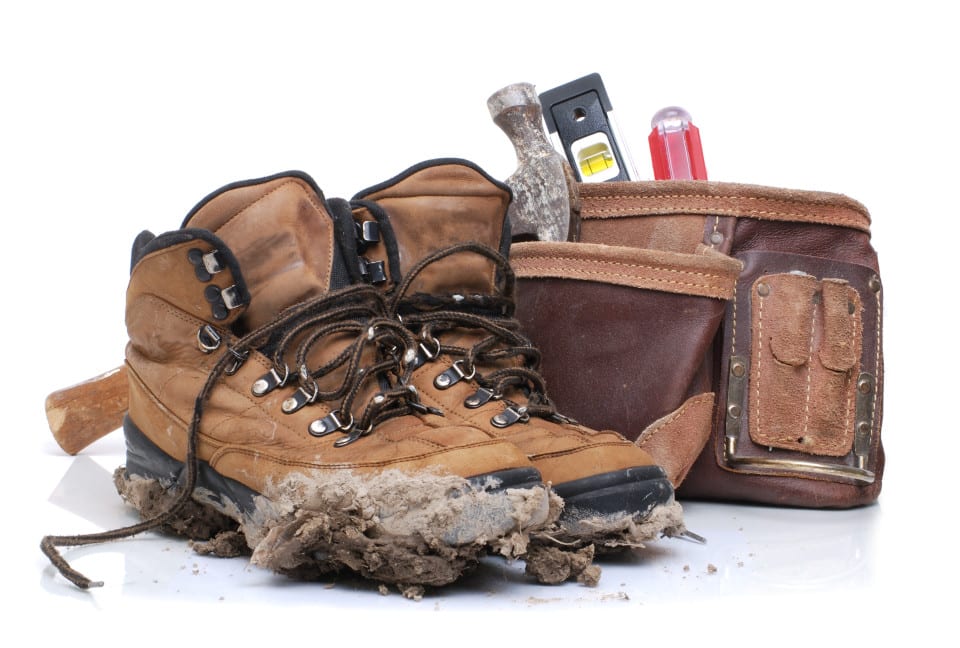 The Art of Learning

I started learning to play the drums when I was seven or eight. There were a few of us in my class trying it out and I remember all the other kids were pretty quick to have their parents go out and buy them drum kits to play at home.

I felt like the luckiest boy in the world when I was give a single snare drum and a book of Buddy Rich’s Snare Drum Rudiments for my birthday. I would say it was hands down the best thing that could have happened to my growth as a drummer and musician.

While Everyone Else Lost Interest

It didn’t take long before the kids who had their own kits moved onto other hobbies. Their drums were left gathering dust in cupboards. I continued building mine.

For the next few years every birthday and Christmas I would get a new piece to add to my kit. Cymbals, cowbells, sticks of all shapes and types, drum heads. I loved it.

I learned a huge amount about the craft, the tools I wanted to add to my setup, and most importantly the art of patience, perseverance, and growth.

At each stage I did what I could with what I had and embraced the limits that this put on me.

I know this made me a better player and student than I would have been had I been given all the equipment from the outset. In fact the tools became secondary. It was instead all about learning the craft.

When I spoke to other drummers I would ask them about technique and practice rather than about the gear they used.

How often do we make this leap when we’re starting something new, obsessing over getting the best tools before we begin?

We might talk to people about the tools they use rather than the time and patience (process) they put into getting to the place they are now.

What Tool Did You Use to do THAT?

People have this conversation with me after gigs where I’ve been using my loop pedal: ‘I want to do what you do’.

On several occasions they have then come back later on having bought the same pedal to say ‘it’s not as easy as it looks, the pedal’s a bit rubbish, I can’t get the timing right’.

They have invariably overlooked a fairly vital part of the process – practice, commitment, practice, time, patience, practice, and the exploration of your own creative voice…oh, and practice.

In other words, the unattractive stuff. The long, monotonous, and dare I say ‘boring’ parts of the story that don’t bring instant results. Or you might say, the important bits.

It can be easy to mistake someone’s ability and unique expression as being a product of the tool itself. We say ‘if only I had that equipment, I could be as good as them’. This is usually a fallacy.

It is vital that we stop looking for the best tools before we start exploring new hobbies, creativity, and other interests.

Needing the best tools can be a sign of procrastination

In most cases it doesn’t matter which tool you choose just as long as you start. There are people who put off doing things they talk of doing because they have decision paralysis. The truth is you don’t know what tool is best UNTIL you start. Only then will you work out what you need from it.

Don’t spend much money at the outset. Embrace the power of incremental change and evolutionary growth over time.

When you start where you are with what you have you discover your voice and begin to get a sense of what you would want from a tool when it comes time to upgrade. This changes everything. It means research is not spend second guessing and listening to other peoples’ subjective priorities.

You fully own the upgrade and thus tool, rather than allowing it to own you and dictate what you are going to do with it.

The best way to become informed is to know what you want out of something. The best way to get to that point is to get familiar with the process you are embarking on.

You learn the essence of the craft

If you can improve and grow in what you’re doing while doing it with cheap and old tools then you tune into the most important aspects of it. Knowing the difference between tools happens when you can get the best out of limited resources. This happens through working your way up, fixing things when they break, and comparing an upgrade to the thing you’re used to.

You appreciate the best tools when you do eventually get them

Again the truest benefits of getting better tools are clear when you have been working within limits. You can appreciate everything about the upgrade where someone who jumps straight in at that level cannot.

To be spoilt as a child basically means to be given everything you ask for (and more). This stretches through life. If we demand the best tools before we start it literally spoils us. It ruins our capacity for true growth, understanding, and appreciation for what it is that we’re doing. And it spoils our capacity to find our most authentic and unique way of approaching things.

It also heightens the possibility that we will give up when things get hard.

Maybe you know people who always get the best tools before they do something new. Whether it’s hiking, camping, skiing, entertainment equipment, gardening gear, photography, musical instruments, kitchen gadgets, sports equipment etc. And they are usually the same people who have lots of amazing tools just lying around gathering dust once they got bored or realised the tool was no substitute for ability.

Don’t get distracted by appearance.

Concentrate instead on the craft. People end up with great tools gathering dust because they forget about the human element. We see the result as the work of the tool itself. But tools are instruments, extensions of us as people. They are only as effective as the person wielding them.

Instead of asking about tools, ask about the most important lessons the wielder of the tool has learned in their time working at their craft. What advise can they offer? Not… what tool should you buy in order to do what they’re doing?

Question: Have you ever spent money on a tool only to find the activity a lot harder than you thought it would be once you started? Please leave your answer in the comments below.

Read More
If there’s one thing to know about quiet people, it’s that your first impression of them is probably…
Read More
Total
0
Share