Are You an Accessible Introvert or a Shadow Dwelling Introvert?

When I was a kid I used to do cross-stitch. My grandma got me into it. I would copy some of the stuff she had done. And after a while even spent hours creating my own patterns from photos I found. I loved it.

At the age of 11 however I turned my back on the craft. It was around the time I moved from primary to secondary school.

I hadn’t stitched anything for a while and in a secret ceremony I took my bag of tools; needles, silks, wooden frames and clamps etc, and I threw them all away. The whole lot. No longer would I be a cross stitcher. I felt ashamed and would deny it all.

I didn’t want to do something that people might see as ‘girly’. It didn’t matter how much I enjoyed it or how good I was. I worried too much about what people would think if they found out. 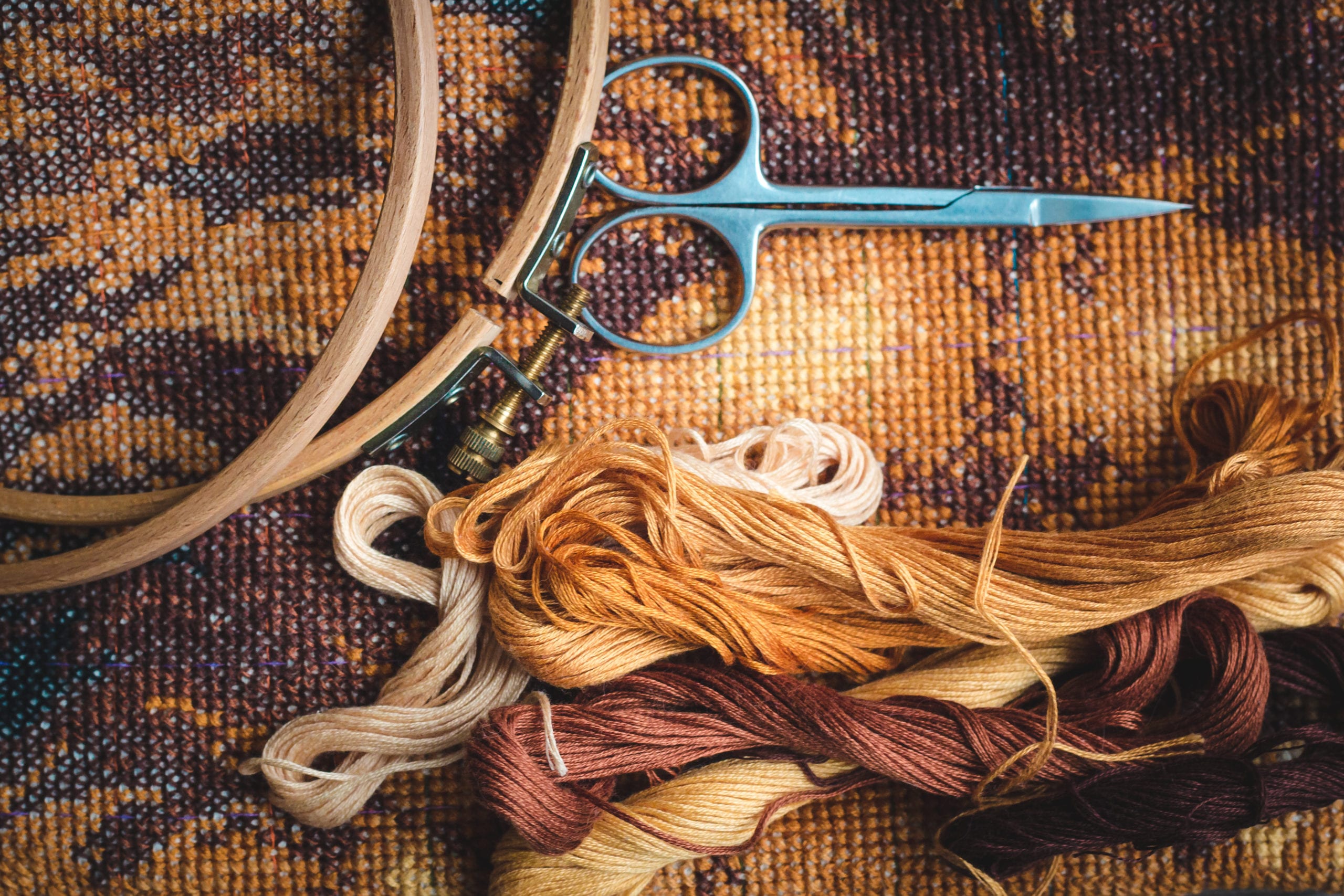 I had forgotten all about this phase of life until a few weeks ago. Nic had a craving to do a bit of stitching herself. We took a little trip to Hobbycraft and found a little pattern for her to do. When I stood in front of the wall of silks I was sent on a powerful nostalgia trip. It was a strange feeling mixed with both regret and frustration at myself for succumbing to that fear of what others might think of my choices.

The Accessible Introvert and The Shadow Dweller

In her book Introvert Power, Laurie Helgoe talks about two different ways introverts engage with the world on a social level so that we don’t see them. She distinguishes between ‘Accessible Introverts’ and what she describes as ‘Shadow Dwellers’.

Shadow Dwellers “are the introverts that appear (if they can be seen) as reclusive and inaccessible – alien.” Consider the archetypal goth, geek or ‘fantasy freak’. These kinds of introverts are openly hostile to the mainstream and happy not to fit into the expectations of society. They may often be judged as ‘anti-social’ and intimidating by those who don’t relate to their orientation toward their inner world.

Accessible Introverts on the other hand “do not come off as remote or intimidating because they have almost adapted to the extrovert culture”. We may not see them because these kinds of introverts may look like extroverts. They have often become comfortable and successful in social arenas, but might get down on themselves for not ‘having more fun’ and reaching the extrovert bar they want to reach.

In both cases Laurie warns, there is a danger of alienation.

For shadow dwellers the alienation can occur from feeling misunderstood and different. They may see the outside world as hostile to them and have potentially experienced antagonism for choosing to express themselves differently.

The alienation that accessible introverts are susceptible to is alienation from oneself.

This is prevalent in predominantly extroverted societies where more introverted/introverting behaviours are seen as unfavourable.

Accessible introverts may attend to ‘fixing’ what they see as behaviours that don’t fit the norm. Laurie warns that self-alienation can “lead to depression, which is, at best, a loss of empathy for the self, and at worst, self-hatred”.

A Lack of Complete Honesty

Many of us may well find ourselves identifying with one or even both of these descriptions. In fact I’ve seen people shift from one to the other throughout life.

Laurie says that there is not complete honesty in either the openness of the accessible introvert who is friends with jocks and geeks alike. And neither in the angry facade of the reclusive shadow dweller. There is a lot more going on beneath the surface. Of course…they’re introverts after all!

If we don’t fully accept or understand what it means to be introverted we can find ourselves in a state of limbo. In a place where we might feel it necessary to make that choice: to disappear or to play along.

We may either run and hide from the hostile world, or we play along with a facade of extroversion.

I never thought cross stitch would be an act of rebellion but the more I think about it the more it feels like just that.

There is a third option beyond disappearing or playing along. It sounds kind of obvious… What if we allowed ourselves to be ourselves? This is the option that means I continue with cross stitch because I like it. It is not dictated to by some fear of the shame of doing something that people might find weird.

Be a Friend. Know You Have Friends

Encourage the quirks and ‘intricate contents’ of other peoples’ minds. Be a friend to the most unique and unusual parts of those you are close to. Bring them out to play and give them space to thrive.

We all carry secret habits, dreams, and things we are a little embarrassed to enjoy. Cultivate friendships of honesty and openness about these things and the desire to disappear or play along with something you’re not will be quelled.

We play along with all kinds of prominent or normative labels. Those labels that are the social acceptable way to be. One of the key reasons I felt ashamed of my enjoyment of cross stitch was partly the idea that it wasn’t a very ‘manly’ thing to do. I didn’t want to do something considered a ‘girl’s hobby’.

There are all kinds of social constructs around gender. Only by shaking off the label and being honest about what we actually want to do can we make inroads into altering the impact of nonsensical ideas such as these.

Accept and Be Honest About Your Secret Passions

Develop the courage to speak about those introverted secrets that hide behind closed doors. Be honest about who you are rather than spending all your time developing a perception of who you think you should be. By choosing to be yourself, to be honest about your own perspective, and to remain visible while doing it, you will in the process inspire countless other introverts to do the same.

Face the Insecurity, Anxiety, and Anger that Might Be Lurking

This process is not easy. It’s scary to embrace the whole of yourself without desiring to disappear or conform to the expectations and norms of the world around you. You may experience insecurity and anxiety about what others will think. That is natural. Face up to that, be honest with yourself about what you’re scared of.

You might be angry at the fact that you’re an introvert. I have heard from many who are. That is until they realise the unbelievably amazing gifts that they possess because of their introversion. They take them for granted, not realising what they have. Stuff that extroverts envy in THEM. It takes time to work through these feelings. Be patient with yourself.

Eventually you will find yourself ok with being you. Not caring what people think because there is a solid foundation and you have developed deep self-acceptance. This is where you find that as soon as you stop looking for approval, respect and acceptance from others it starts to come.

There is something deeply attractive about people who just get on with doing what they feel compelled to get on and do. Yes there might be people who take offence or feel intimidated. That’s almost always inevitable.

But if you share the fruits of your introversion with the world you will inspire other introverts to do the same. And that can never be a bad thing!

Have you ever given something up because you were ashamed of it despite it giving you deep enjoyment? I’ve been upfront and honest about my cross-stitching, now it’s your turn! I’d love to hear your response in the comments below. Also, do you identify with either the accessible introvert or shadow dweller descriptions?

Read More
If there’s one thing to know about quiet people, it’s that your first impression of them is probably…
Read More
Total
9
Share