In her book, Introvert Power, Laurie Helgoe talks about the idea of a ‘flâneur‘. Someone who would saunter about, observing society at a slow pace. It became fashionable in the 19th Century to take your tortoise around town for a walk.

I love the idea of bringing slowness to everyday life. And using external limits as tools to help us.

Earlier this week I took a stroll along the promenade in Lee-on-the-Solent, a small town on the south coast of England. I saw these beach huts (sheds) and thought I’d get a photo. Something appealed to me about the contrasting characters and layering of the scene. 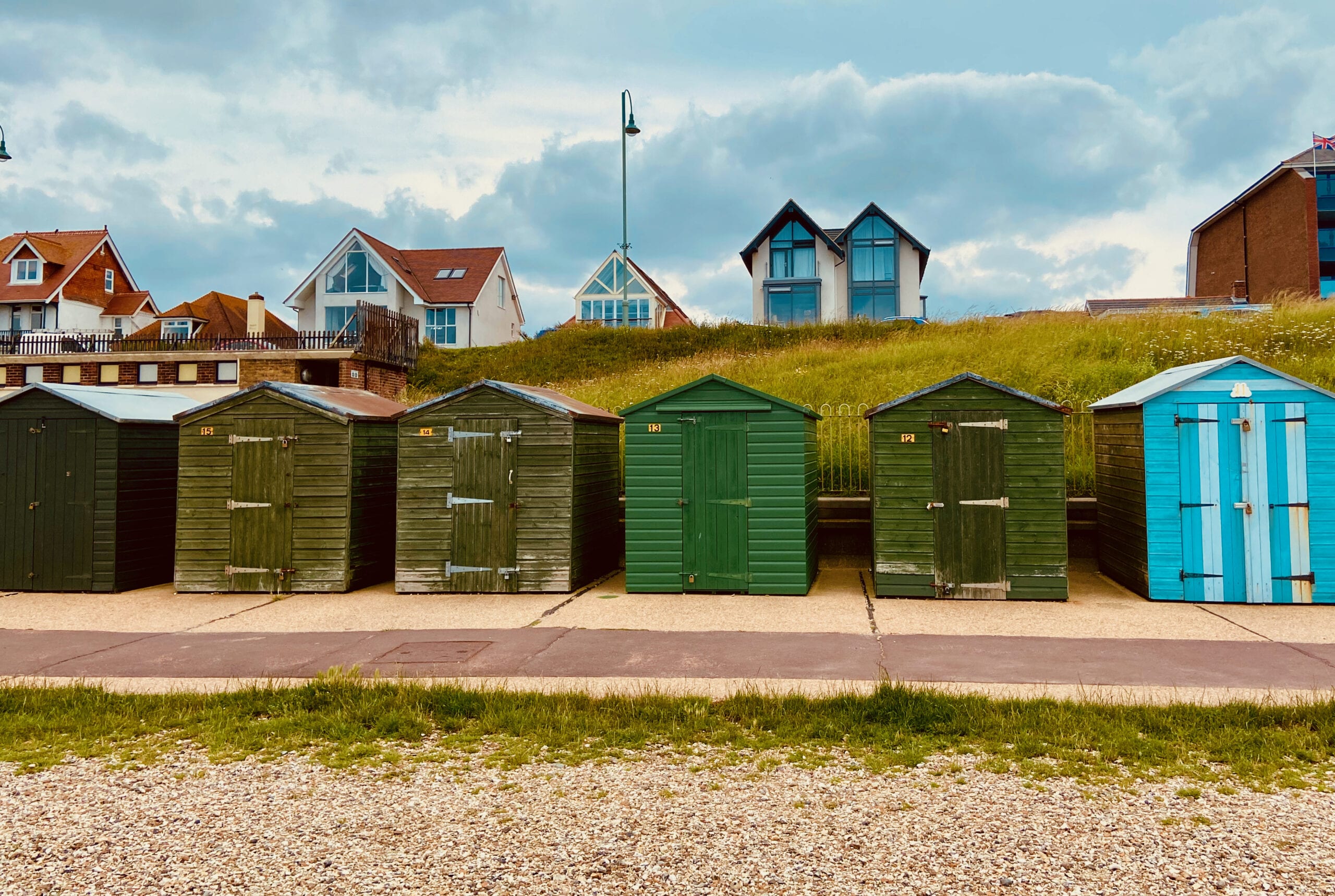 As I was getting ready to take the shot I could see a four-wheel scooter approaching the right of my peripheral vision. It was driven by a man and he had a furry companion with him. “I wonder what sort of dog that is, it looks quite cute”, I thought to myself.

I focussed harder to get a better look.

It was the last thing I expected to see and it absolutely made my day.

Was this a modern day flâneur? Taking his owl for a ride. A beautiful demonstration of slow living and gentle rebellion.

When you adopt an experimental rather than conceptual approach to life, things often don’t pan out as you might imagine. They come to be through an evolving and surprising series of happenings.

What Feels Right About The ‘Mistake’?

Once the seed is planted, anything can happen. All we can do is nurture and allow it to grow.

When seeds begin to sprout we might be surprised by what they are. Not the species we thought we’d planted. But rather than thinking, “oh no, it’s wrong”, pulling it up, and starting again, we can see what’s right about the ‘mistake’.

Adaptation to surprise is where creative innovation happens. It’s also where life is lived. The liminal space between expectation and the calm quiet truth that resides in the spaces, gaps, and silences.

Slowness as a Gentle Rebellion

The travelling owl looked like a scene from The Straight Story. The tale of Alvin Straight, who travelled 240 miles on a ride on lawnmower to visit his dying brother.

I love the film. It has a sense of enforced slowness to it. The limits are not chosen. They are inherent in the mode of transport.

The journey cannot be efficient. It’s can’t be fast. We are brought along as viewers, to experience the adventure unfolding in the space around the slow beating rhythm. Our desire to ‘get there’ encounters a shift in focus, from the ‘there’ to the ‘getting’.

This is gentle rebellion in action. It emerges from the awareness to which our quiet rhythms give rise.

Surprised But Not Shocked

It’s often said, “I was shocked but not surprised”, when something bad happens.

I want to be in more situations where “I am surprised, but not shocked”.

Moments of surprise are moments that root us in awareness. A reminder that we are awake and alive. It brings us into the present.

When you’re expecting a dog and it turns out to be an owl, the line between expectation and reality is blurred. And those moments become meaningful and memorable. Not shocking. But beautifully surprising.

Embracing the joy of surprise means letting go of the desire to control. You can’t be surprised on purpose. It only happens when you’re not expecting it.

It requires us to be open, receptive, and ready to embrace whatever curiosities pass across our proverbial field of vision.