“Nobody really owns anything. We give back our bodies at the end of our lives. We own our thoughts, but everything else is just borrowed.” – Deborah Ellis (From No Ordinary Day)

In one of our Haven Kota sessions, we discussed self-belonging through the lens of ownership and possession.

Where do control and entitlement fit with belonging? What does it mean for things to belong to us? How does it feel to belong to something or someone else? Why are some belongings more cherished and valuable than others? How do we hold ourselves, others, the world, our lives, goals, and relationships? Do we own them? What would it mean to give life back at the end? How much do our desires, emotions, and passions own us? What does it mean to be pre-possessed or owned by something?

In this episode of The Gentle Rebel Podcast, we explore what it means to see ourselves, our lives, and the world in the light of these questions. What if they are all borrowed?

I regularly heard the phrase, “you can’t take it with you”, during my years as an undertaker. It is often expressed about the accumulation of material possessions and wealth.

For some, it was a reason to spend without regret. For others, it was a reason to give without fear. But whatever the ramifications, its underlying premise is universal…whatever we collect, gather, and possess in life doesn’t come with us when we’re done with it. Everything is borrowed.

How do you feel about lending things to other people? Would you happily give your stuff to anyone, or does trust need to be built first?

How do you feel about things you borrow? Do you treat them with more or less respect than things you own?

We talk about “living on borrowed time” after a severe diagnosis or near-death experience. It’s what we might say when confronted with our mortality. But is this time any different from our experience of time…all the time?

In the episode, I share a story from childhood, when we were leant a games console by our hairdresser. I still have no idea why (I developed a solid theory while recording). But I remember the feeling when we were told we only had a few days before we needed to return it. I became focused and clear on the only thing that mattered: completing Sonic The Hedgehog.

How is our mindset and approach to life affected by the reminder that everything is borrowed?

In his book, Steal Like an Artist, Austin Kleon suggests that there is no such thing as a truly unique or original idea when it comes to creativity and art. I agree wholeheartedly, though I might not describe the process as “stealing”.

Kleon writes, “how does an artist look at the world? First, you figure out what’s worth stealing; then you move on to the next thing. That’s about all there is to it.”

The Difference Between Borrowing and Theft | 20:55

There seems to be a difference between stealing, borrowing, owning, holding, using, collaborating, sharing, contributing, remixing, and plagiarising. We might describe stealing as deliberately depriving the rightful owner of their property. What Kleon describes is more like “honouring, studying, finding inspiration in, crediting, transforming, remixing, building on, and collaborating with”.

He helpfully suggests that “bad theft”, or what we might simply describe as “theft”, is “degrading, skimming, plagiarising, ripping off”. We could add exploiting, taking credit for, and passing off as one’s own. They might all mean the same thing, but you get the point!

“If we’re free from the burden of trying to be completely original, we can stop trying to make something out of nothing, and we can embrace influence instead of running away from it.”

On the one hand, we might feel like we need to be completely original. Whereas on the flip side, we might think we must fit in to be accepted. But if we’re free from the burden of trying to belong, we can stop trying to diminish ourselves on the altar of fashion and embrace who we are instead of running away from it.

It’s about locating a more authentic expression of OURSELVES. We belong somewhere in the middle. In the messy nuance and grey ambiguity. We are this and that, we are borrowing and we are borrowed. We can’t take it with us, but we can carry it further along the road.

It reminds me of that old Greek Proverb: “A society grows great when old men plant trees in whose shade they know they shall never sit.”

Not only do we give life back, but we pass it on. Someone else is coming to stay in the holiday home after our vacation ends.

Do we act with bitterness and resentment in the face of that inevitable change? Or do we have the grace to operate from a heart of kindness, gentleness, and compassion towards those we will never meet?

“When we identify with something larger than ourselves, whether our family, a circle of friends, a team or a community, that becomes part of who we are. There is so much more to us than just a separate self; our connected self is based on recognizing that we are part of many larger circles…It is from our connected selves that much of what people most value in life emerges, including love, friendship, loyalty, trust, relationship, belonging, purpose, gratitude, spirituality, mutual aid, and meaning.”

Our connected self isn’t just individual selves coming together as a sum of parts. It’s who we all become as a whole. It’s how the collective shapes us and how we shape the collective. The whole is different from the sum of its parts. Remove the elements, and the Collective and each separate piece become fundamentally different.

We Are Borrowing a Greater Story Than a Hero’s Journey | 29:48

Our story is not a hero’s journey. It’s a collective flow of becoming. We belong to it, and it belongs to us. It flows into, through, and beyond each individual. It’s universal and particular. But it is about more than any single person.

The story didn’t start with us; it didn’t stop with us. We are simply borrowing the pen and writing what we can before passing the page onto the next person.

“Rather than viewing ourselves as a fixed thing with characteristics that can’t be changed, we can think of ourselves as a flow of becoming. The static view of self is similar to a picture hanging on a wall, something that is set in a particular way and that resists transformation. Whenever we have thoughts like “I’m not the sort of person who …,” we’re painting a similarly static picture of ourselves. An alternative view is to think of each moment as similar to a frame in a movie. If something isn’t in the frame right now, that doesn’t mean it won’t be later. This perspective invites a greater sense of possibility.”

Do you make decisions based on a static or dynamic view of your self? This flow of becoming is beautiful to invite into our understanding of who we are. To change “I’m not the sort of person who does that” to “I could be someone who tries that”.

When we tether our identity this way, we restrict and limit ourselves and one another.

We often hold other people to our expectations of “people like that”. Maybe we are controlled by the labels and identities ascribed to us by society. These ideas can own and possess us, defining how we think, feel, and act. Rather than helping us better understand ourselves, they can alienate us from our deeper feelings, needs, and desires.

This is fundamentally about how we are (and feel) held.

How do other people hold us? Including the idea of what it might mean to be us.

I often talk about the non-linearity of growth and time and how change occurs in spirals, cycles, and seasons rather than on a continuum. That’s what I like about this quote.

We are taught to look at the present moment and decide whether things fit together. This is the worst possible position to view that stuff from. Steve Jobs famously said, “You can’t connect the dots looking forward; you can only connect them looking backwards.”

We let go of important things because they “don’t fit” with what we think life is supposed to be. We lose essential parts of ourselves. They are left to grow weeds, get rotten like old wet wood, and become almost impossible to access.

But these longings are always calling faintly within. And it’s never too late to return to them in some way. Kleon says, “You can cut off a couple of passions and only focus on one, but after a while, you’ll start to feel phantom limb pain.”

If life is borrowed and we can’t take it with us, what do we want to do before giving it back? Which joys, passions, hobbies, relationships, and itches do we want to explore before the big librarian in the sky asks for them back?

Collective Consciousness and A Borrowed Moment | 48:29

“Something very interesting occurs when a group of jazz musicians improvise together. A number of separate individuals, all making their own decisions, act together as a whole. As the music flows, any of the musicians can take the solo spot, that leading role gliding seamlessly between the players. Who decides when the piano or trumpet player should come forward? It isn’t just the person playing that instrument, for the others have already stepped back just a little to create an opening. Two levels of thinking are happening at the same time here: choices are made from moment to moment both by the group as a whole and by the individuals within it.”

I’ve played music in that kind of ensemble where there are no words and no active communication, but it happens. It ebbs, flows, and goes where it needs to go through the openings made by accident, by collective agreement in conjunction with the feel and the sound.

“You are, in fact, a mashup of what you choose to let into your life. You are the sum of your influences. The German writer Goethe said, “We are shaped and fashioned by what we love.”

At the beginning of Meditations, Marcus Aurelius spends time thanking people who have formed his character. He gives gratitude to the sources of his virtues. He presents a mix of genetic characteristics, socialised attributes, and role models he actively chose.

This is something we can all do. Recognise our strengths, not as our own, but as borrowed from others. Who did we learn this from? What gave us this capacity? How did we end up with it?

“My interest in making music has been to create something that does not exist that I would like to listen to. I wanted to hear music that had not yet happened, by putting together things that suggested a new thing which did not yet exist.”

How does this extend to the rest of our lives? To create an experience, a relationship, a home, a family, a business, a hobby, a routine, a neighbourhood etc. We put together things that are there but which, combined together, do not yet exist.

How do we want our life to look when we give it back?

If you want to explore these themes and ideas with me in more depth, The Haven is the place to do it. We have regular meetings where we discuss topics like this one. It’s a warm and friendly environment, and it would be lovely to welcome you in. 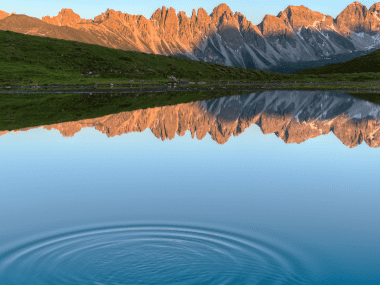 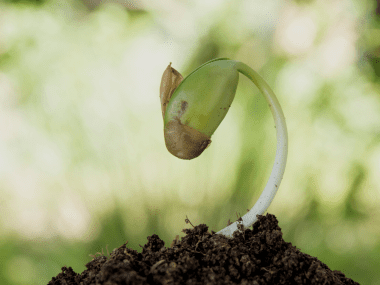 Read More
A cornerstone is a core around which everything else takes its shape. It’s the primary reference point, which…
Read More
Total
3
Share