04 | What is Sensory Processing Sensitivity?

When I first saw the term, “Sensory Processing Sensitivity” I looked straight past it.

It was around 2011 when I had recently started reading about introversion. While hanging out in the personality rabbit hole I kept seeing the question, “Are You a Highly Sensitive Person?”

Every time I read it I repeated a gentle but firm, “no” to myself. But it wouldn’t leave me alone. So eventually I gave in and clicked on one of the links.

I dug deeper. I read The Highly Sensitive Person by Dr Elaine Aron. And it turned out I probably WAS one of those highly sensitive people after all.

Part of 15-20% of the population with an innate trait (Sensory Processing Sensitivity) that “reflects a certain type of survival strategy, being observant before acting”.

It was a game-changer for me. A liberating moment.

And so began a journey of reframing the past, re-writing the present, and re-imagining the future.

I still didn’t fully connect with the “highly sensitive person” label. It didn’t fit properly. But I knew it held something life-changing within.

And I share my journey of discovery with you in this week’s podcast.

What Is Sensory Processing Sensitivity? | 3.59

Sensory Processing Sensitivity is a trait found in over 100 species, and makes up a fifth of the human population. Despite misconceptions, high sensitivity is about more than being highly emotional. It plays a cautionary role in evolutionary terms and is systematically baked into humankind as a way to identify and warn of potential risks and sources of harm in the world around us.

In the podcast, Bill Allen takes us through Elaine Aron’s DOE(e)S Acronym. Check out my full conversation with Bill here.

Highly Sensitive People have a deep sensory experience of the world. They take information and grind it down in order to get every bit of data out of it (both consciously and unconsciously). This can sometimes lead to rumination and ‘overthinking’.

Studies comparing the brains of HSPs and non-HSPs have found differences in the way people process information and stimulation.

Highly Sensitive People usually have an open aperture for picking up sensory data. They let a lot of information in and this can result in overstimulation when they’re out in the world all the time. They require regular downtime to recalibrate before getting back out there again.

Highly Sensitive People have a deep capacity for empathy through highly active mirror neurones. This can influence interactions, as HSPs absorb the moods and feelings of those around them.

Highly Sensitive People are more affected and moved by things happening in and around them. They can be more emotionally responsive to both positive and negative stimulation.

Highly Sensitive People often pick up environmental sensory information that others might not. This ‘nuancing’ ability allows HSPs to find things around them and make connections. This is also a big reason many artists and creative people are highly sensitive.

What Sensory Processing Sensitivity is NOT | 7.47

Sensitivity is how responsive our nervous system is to stimulation. It’s a natural reaction to the world’s noise and has been an instrumental survival strategy. Not just for individuals with the trait but as part of the wider social ecosystem of humanity itself.

Conversations about sensitivity often turn to the label itself. A lot of people struggle with the term, “Highly Sensitive Person”. But it’s been very difficult to come up with a satisfactory alternative.

For many, it’s because of the word “sensitive”. But I personally struggle with the word, “highly”. It evokes a sense of too-muchness. It makes me think of highly strung or high maintenance people. Those who place a demand on other people to bend to their will.

I often refer to it as “deep sensitivity”. While it’s not a perfect term I like how it feels. It communicates the potential rooting, grounding, and rich experience at the core of sensory processing sensitivity.

What resonates with you? I’d love to hear from you about this.

Reframing The Story Of Sensitivity | 22.08

When I learned about high sensitivity I spent time processing the stories from my life so far. Understanding things in light of this new lens.

It helped me become more aware of what was going on beneath the surface. And I wanted to understand myself better so that I could use the discovery in a positive way.

I always struggled with bright fluorescent tube lights. The kind you find in school classrooms, church halls, and industrial kitchens. Those environments leave me exhausted, but I never knew why.

Described as Shy or Sensitive By Teachers and Parents | 29.30

All my teachers said I needed to put my hand up more in lessons and contribute to class discussions. I was called shy even when I didn’t feel it. Just because I preferred to keep quiet at times.

Silence gets interpreted in a variety of ways; disinterest, a lack of confidence, shyness, disrespect, dislike for the teacher etc. The silence of sensitivity can come from all manner of different places.

When I was a kid I hated balloons because they might pop, I refused to partake in crackers at Christmas for several years. I spent every fireworks night watching out of the window with my hands over my ears.

It is slightly ironic that the only thing I wanted to do when I was a kid was to play the drums.

There is a picture of me as a child standing behind my cousin’s drum kit. I had a drumstick in one hand which was happily playing, while I was using my other arm to cover my ears to protect against the noise. I had developed quite the technique.

It’s a photo that captures perfectly the frustrations I had growing up with that aspect of my high sensitivity. I loved the idea of making lots of noise but it was loud and uncomfortable, and I ended up having to protect myself…well, from myself.

Twice I have run after nice smelling people to find out what fragrance they were wearing. I love good scents.

On the flip side, my nose is pretty helpful for detecting dangers and mouldy stuff.

“It is important not to confuse arousal with fear. Fear creates arousal, but so do many other emotions, including joy, curiosity, or anger. But we can also be over-aroused by semiconscious thoughts or low levels of excitement that create no obvious emotion…stress is closely related to arousal: Our response to stress is to become aroused.” – Elaine Aron (The Highly Sensitive Person)

One of the traits of the highly sensitive person is that they become so nervous while competing or being observed performing a task, that they do much worse than they would otherwise.

I am much more comfortable when no one is watching. Or at least when I can remove my awareness of someone else watching. When I’m aware of the gaze of others my mind does funny things.

When I have a task to do for someone, or a deadline looming my instinct is to put absolutely everything else on hold until this other thing gets done.

The problem is, that there are always ‘urgent things’ that require our ‘immediate’ attention. And if we’re not careful we can spend our entire life responding to trivial, attention-seeking things rather than pro-actively moving the ball down the field.

Before we know it we can start to neglect our health, creative projects/ hobbies, and other people.

Needing to Withdraw From Overstimulation and Busyness | 50.43

In his book First Things First, Stephen Covey developed a well-known illustration aimed at showing people how to prioritise their time.

You take a box of rocks and a bucket of sand (or pebbles). You need to get both the sand (pebbles) and rocks to fit in the same container.

We need to get the big rocks in place.

For the highly sensitive person it can be very tempting to say yes to lots of people who we don’t want to displease; to have a huge to-do list and to respond to nothing but the urgent stuff.

Music is my mother tongue. It’s a language I will never master but it’s one I can never let go.

Through music, I can say and feel things I can’t otherwise define.

It’s like Flannery O’Connor said: “I write because I don’t know what I think until I read what I say.”

We are all wired with a natural connection to art and everyone carries music in their soul. Where words stop and languages cease, art lives on. It is the fully static, yet ever-changing transcendent truth at the heart of the human experience.

In her book The Introvert Advantage, Marti Olsen Laney says highly sensitive people: “are born with a certain cluster of traits that are often described as a sixth sense. They are extremely perceptive, intuitive, and observant, with finer discrimination than most of us. They may stay away from social engagements because they dread the agonising flooding of their senses.”

I often know what other people are thinking before they say it out loud. And I absorb the emotion and moods of people around me. It can be exhausting or exhilarating, depending on who those people are.

We don’t use labels like “highly sensitive person” to build some kind of exclusive club.

Labels are valuable when they help us raise awareness about how we operate so we can better understand who we are. This means we can choose how to approach things that matter to us in the most effective way.

Elaine Aron says she sees each life “as an individuation process, one of discovering the particular question you were put on earth to answer”.

“No creator is ever satisfied with what he has done…indeed, the works of an artist are the outward and visible signs of his inner development as a person.” – Anthony Storr

This is a resonant idea.

The work never ends. We never get there. But then that’s the point. The questions that won’t leave us alone give rise to our creative expression as we attempt to respond to them in different ways. Never quite grasping it fully.

Research and The Future For Sensory Processing Sensitivity | 69.58

The body of research into sensory processing sensitivity is growing all the time. They regularly update the research page on HSPerson.com so we can keep up to date with what’s being discovered about the trait.

at the start of The Highly Sensitive Person, Elain Aron quotes E.M. Forster…

“I believe in aristocracy, though – if that is the right word, and if a democrat may use it. Not an aristocracy of power…but of the sensitive, the considerate. Its members are to be found in all nations and classes and all through the ages, and there is a secret understanding between them when they meet. They represent the true human tradition, the one permanent victory of our queer race over cruelty and chaos. Thousands of them perish in obscurity, a few are great names. They are sensitive for others as well as themselves, they are considerate without being fussy, their pluck is not swankiness but the power to endure.” – E.M. Forster (From “What I Believe”)

Join me to go deeper in exploring how to build healthier, happier rhythms in the face of a hostile world. 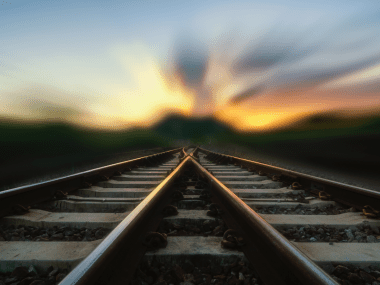 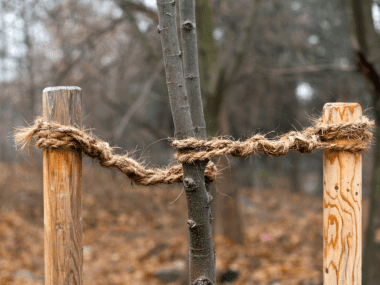 Read More
There’s been a shift in the conversation about strength and character. Some weird messages have infused mainstream culture…
Read More
Total
0
Share